Bonsho To Stand Out In Doomben Crowd 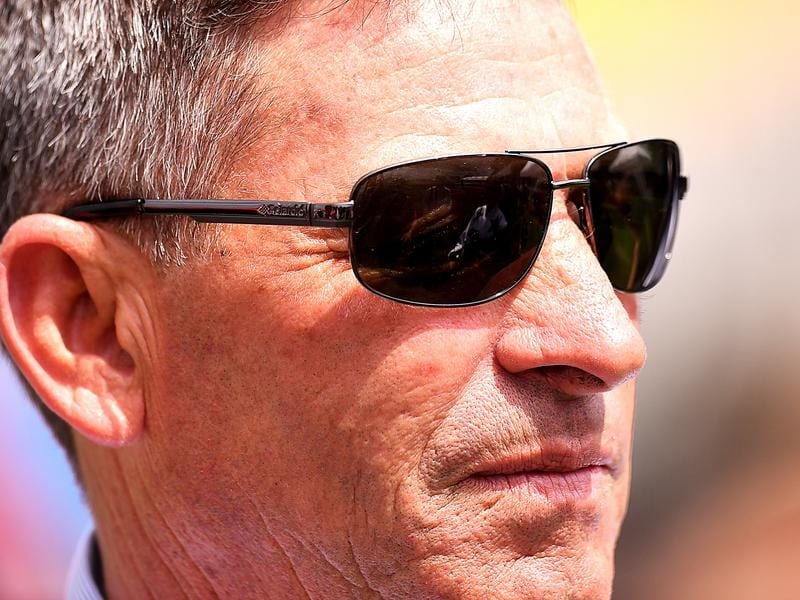 Toowoomba’s Bonsho won’t be the most talented mare at the Doomben meeting but she is sure to attract the most attention.

Bonsho is a white grey which makes her stand out at the best of times but she also carries a most unusual piece of race day gear which in effect is a shadow role worn across her forehead.

Most horses wear shadow rolls on their noses to help them concentrate.

Trainer Tony Sears explained Bonsho had proved a handful by rearing up in the barriers and conventional practices had not been successful.

“So we introduced this gear and it seems to have done the trick. I would love for her to win a Saturday metropolitan race,” Sears said.

Bonsho has won eight of her 24 starts but is still eligible for a fillies and mares No Metropolitan Win race at Doomben on Saturday.

Like most of the offspring of her sire Hidden Dragon, Bonsho loves wet tracks but Sears points out she is equally good on the dry.

“She has been minor placed at both her runs back from a spell and despite her big weight thus should suit,” Sears said.

“Corey Bayliss will claim three kilos so she isn’t that badly off.”

Bonsho is raced by long-time client John Harvey and his family whose latest city winner with Sears was Rock Beat at Doomben last Saturday.