Bonny Lass primed for Group One 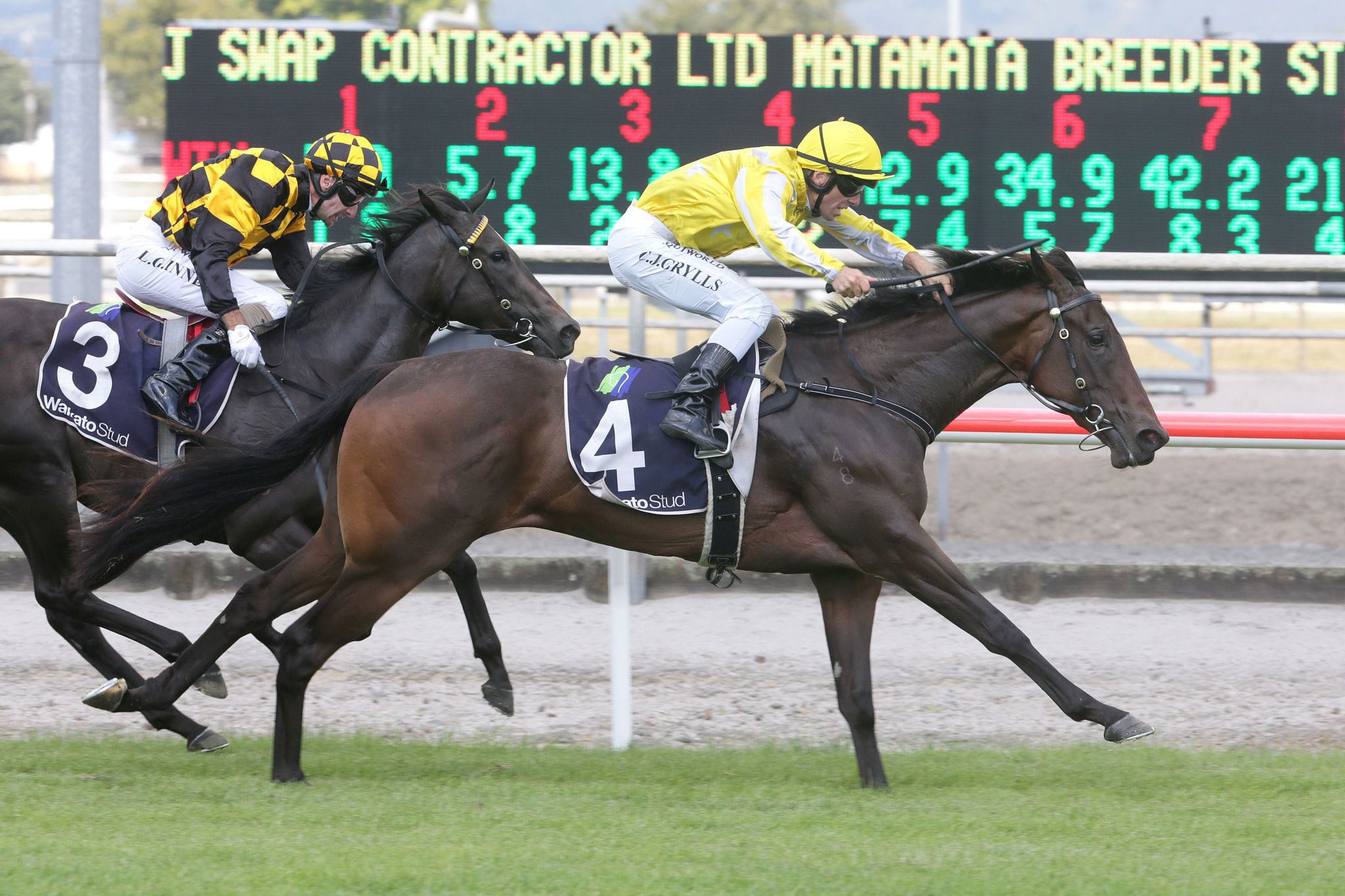 Graham Richardson is an excited man ahead of the Group 1 Courtesy Ford Manawatu Sires’ Produce Stakes (1400m) at Awapuni on Saturday.

The Matamata horseman, who trains in partnership with Rogan Norvall, will line-up Bonny Lass in the juvenile feature and he is hoping she can take home the lion’s share of the $225,000 purse.

“It’s really exciting heading into the Group One with a filly like her,” Richardson said.

The daughter of Super Easy has been impressive in all three of her starts to date, winning on debut on her home track over 1200m before returning to win the Group 2 Matamata Breeders’ Stakes (1200m).

She put in a bold effort in the Group 1 Sistema Stakes (1200m) at Ellerslie last month, running the second fastest last 200m to place behind Te Akau pair Sword Of State and On The Bubbles.

Richardson was pleased with the run and believes she will be suited by Saturday’s extended distance.

Her three raceday appearances and one trial have all been on Dead4 tracks and with the Awapuni track rated a Slow8 on Thursday morning and further rain forecast, Richardson is interested to see how she will handle the wet track conditions.

“The question mark is the Slow8, but the track would come back I would imagine,” he said. “She worked up on Tuesday on ground that was Dead to Slow and she enjoyed that.”

Saturday will likely be Bonny Lass’ last hit-out for the season before she heads to the spelling paddock in preparation for the three-year-old fillies series next term.

“We are talking with Brent Cooper about that, who is the manager of the Social Racing Syndicate,” Richardson said.

“I would say she will be tipped out after Saturday and will get ready for the Gold Trail Stakes (Group 3, 1200m) and those fillies series races.”

Tiptronic put in a brave performance to hold on for third behind Melody Belle and Avantage in the Group 1 Bonecrusher New Zealand Stakes (2000m) at Ellerslie last start, after being the pacemaker throughout.

Richardson was proud of his efforts and is expecting another bold showing this weekend.

“He was courageous and things didn’t go right before that (in the Herbie Dyke Stakes), and before that he won the Karaka Cup,” Richardson said.

“He is very genuine, he tries his hardest and he is a very good horse.”

The Darci Brahma gelding was the second consecutive winner of the Derby that Richardson has been associated with, with last year’s winner Golden Sixty also doing his early education under Richardson’s care.

“I was really chuffed,” he said. “I try and keep an eye on them all. The horses I have had have won the last two Derbys with Sky Darci and Golden Sixty, I am pretty chuffed about that.

“Sky Darci is a pretty casual horse and I couldn’t get much of a line on him. All we did was educate him for them.

“I always knew Golden Sixty was going to be a good horse. I jokingly said why don’t you stay in New Zealand for the Derby, but they decided to go and win the Hong Kong Derby instead.”

Richardson has had a number of stable graduates go on to perform at the highest level in Hong Kong and he said that is all thanks to his association with bloodstock agent Willie Leung.

“I had Mr Stunning as well, he was a Horse of the Year over there,” Richardson said.

“It’s all because of Willie Leung, he selected them all. He is the one that has put them in my care, he is a very good horseman.”

While it is mostly one way traffic, Richardson said a couple of former Hong Kong runners have returned to his care, most notably Green Supreme.

“I have had horses like Green Supreme who have come back from Hong Kong and won the Dunstan Stayers Final,” he said.

“He also won that Listed race over 1400m at Awapuni (Flying Handicap) for me as well. He was a very good horse, potentially in the top three or four horses I have trained for Willie.”