Bonny Lass back on track for Te Rapa assignment 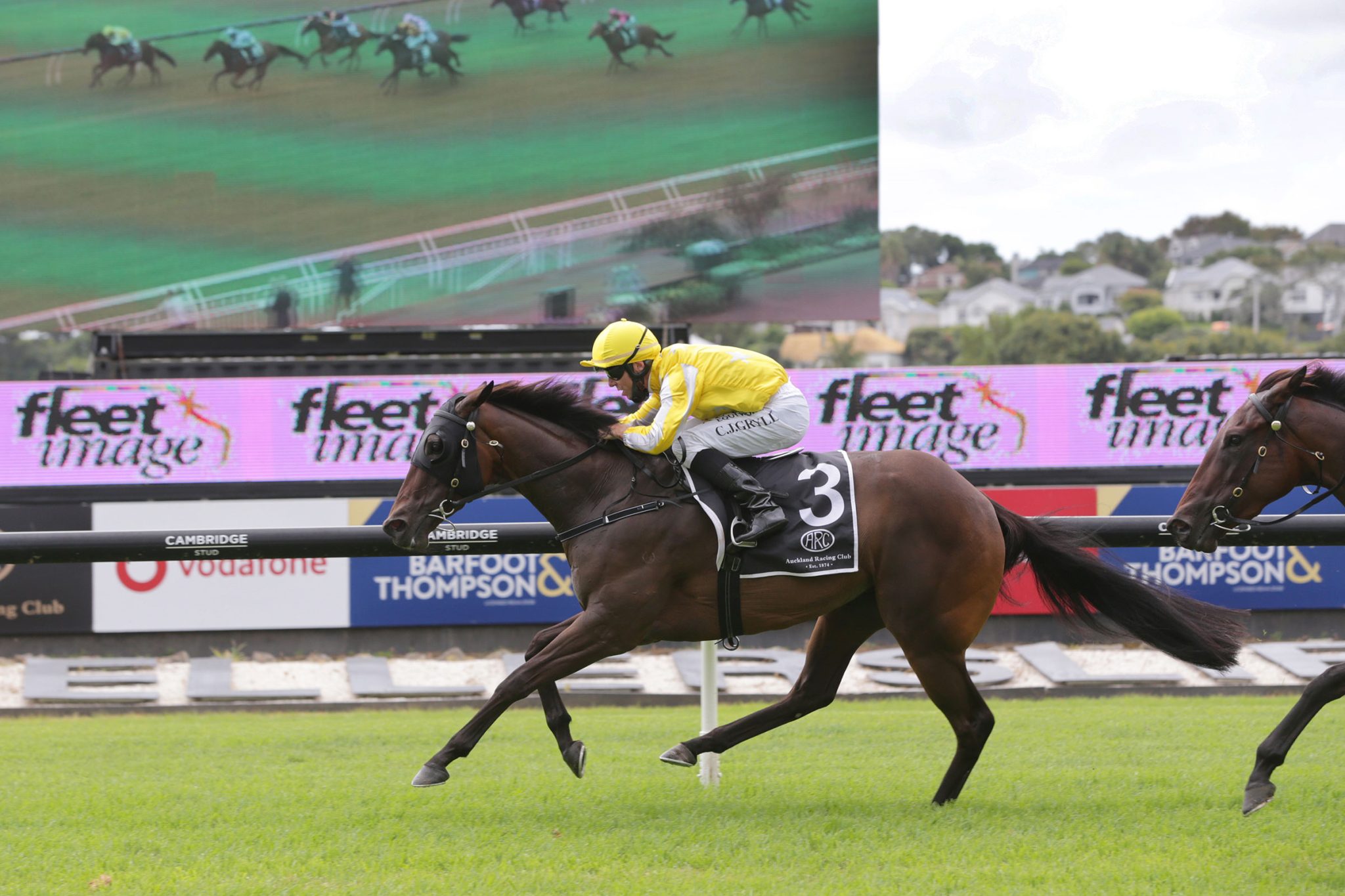 Progressive New Zealand three-year-old filly Bonny Lass is back on track for a tilt at the Group 3 Cambridge Breeders’ Stakes (1200m) at Te Rapa on April 30, galloping between races at the Hamilton venue on Saturday after recovering from the effects of a stone bruise.

Placed twice at Group One level as a two-year-old, the Graham Richardson and Rogan Norvall-trained daughter of Super Easy hasn’t been seen since finishing third behind On The Bubbles in the Listed Mufhasa Stakes (1400m) at Ellerslie in early March.

“She copped a stone bruise after her last start so we had to ease up on her for a wee while,” Richardson said.

“She has recovered from that now but missed a run at the Avondale trials so she definitely needed a day out if she was going to be ready for the Breeders’ Stakes.

“Thankfully the Club let us have a gallop between races on Saturday, so she had a nice hit-out over 1000m and came home her last 600m in 37 seconds.

“She had a good blow afterwards but with a couple of gallops between now and the end of the month, she will be cherry ripe for her Te Rapa assignment.”

Richardson is also keeping a wary eye on the weather forecast for the next few days as he prepares for a two-pronged attack on the Group 3 Manco Easter Handicap (1600m) at Pukekohe on Saturday.

Richardson has progressive four-year-old mare Carolina Reaper and stablemate Red Hussar set for the race and while both don’t mind some cut in the track, he doesn’t want to see a very heavy surface on raceday.

“Carolina Reaper will be having her last run in this prep before we tip her out for a spell,” he said.

“She has done a great job and was a stylish winner over a mile at Avondale last time, so hopefully she can get a start although her rating (79) might see her struggle a wee bit to make the field.

“She can handle some give in the track, but if it turned into a bog then we might just forego the race and let her head straight to the paddock.

“Red Hussar is in a similar situation with a low rating (77) as well.

“I think he is a very promising type who probably handles it a little wetter than his stablemate, but if she can’t get a start then he will miss out as well, which will be a shame as he is just rounding into form nicely although nothing went right for him last time at Rotorua when he finished well back.”