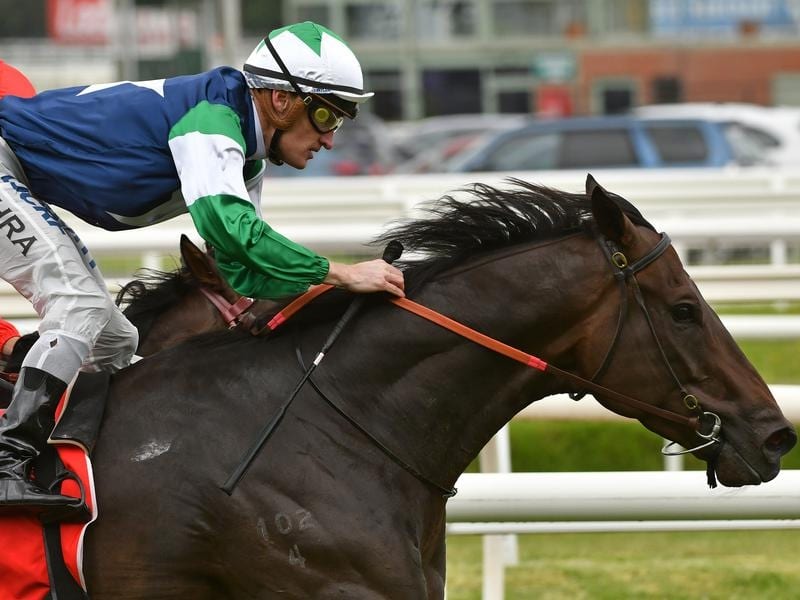 A horse who has been a challenge for trainer Henry Dwyer has delivered an upset city victory at Caulfield to bring up a winning double for the stable.

Dwyer opened Saturday’s meeting with a win with three-year-old filly Tropezina before the trainer’s only other runner at the meeting, Bold Missile also raced to victory a couple of races later in the Donya Van Pampus Handicap (1200m).

Bold Missile, coming off an unplaced run at Kilmore last start, was sent out the $31 outsider in the benchmark-70 race but the gelding overhauled his rivals on the outside under Mark Zahra to beat More Bricks by a half-neck.

“To be honest he’s been a very frustrating and very difficult horse to train,” Dwyer said.

“I don’t think I’ve have trained a more difficult horse than him to be honest.

“He’s a very fickle horse, he’s got a bad attitude and he needs everything to go right.”

Dwyer said everything did pan out well for the gelding, with Bold Missile settling back in the field before having clear running on the outside from the top of the straight.

“Today he was out the back with a good one to cart him into the race,” Dwyer said.

“He had a good jockey like Mark on his back, not pushing or pulling him and he just flowed into the race beautifully and that’s what he needs.”

Dwyer, who is based at Caulfield, has had city doubles before but said it was his first double on his home track.