Bluebloods In Sparkling Form At Rosehill 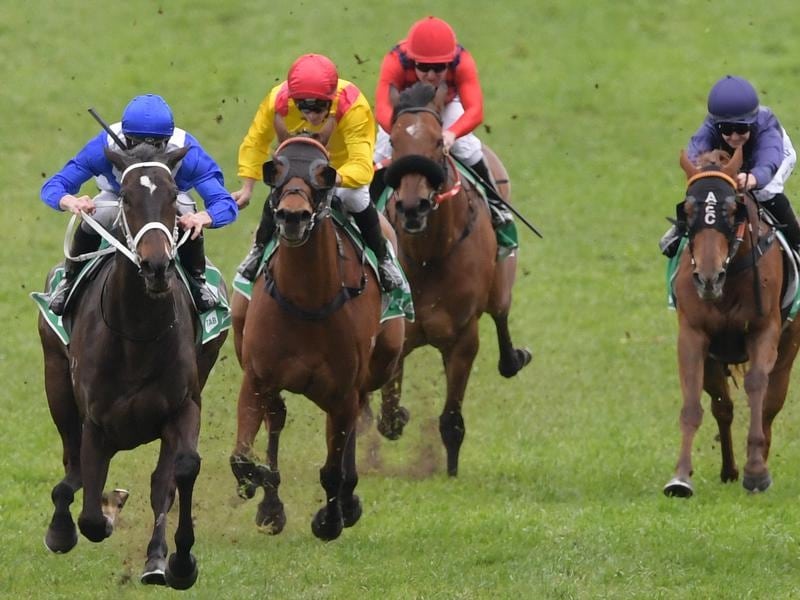 Jockey James McDonald insists it won’t be long before the latest member from one of Australian racing’s most decorated thoroughbred families makes a name for herself.

Girl Tuesday advanced her record to three wins from as many starts when she graduated to city racing in best possible way in the Precise Air Handicap at Rosehill on Wednesday.

Owned by John Singleton and trained by Chris Waller, Girl Tuesday was sent out an odds-on chance and the result was never in doubt.

The win could be a precursor to even bigger success for Singleton during the Epsom Handicap meeting at Randwick on Saturday.

Singleton owns the Frankel filly Miss Fabulass, an internationally bred three-year-old filly who is a warm favourite to win the Group One Flight Stakes.

If McDonald is right, Girl Tuesday will join Miss Fabulass as a valuable stakes winner before the season is finished.

“She’s a top mare in the making,” McDonald said.

“She’s still so raw and has a lot of furnishing to do. She’ll be better in the autumn, a Group horse.”

By Winx’s sire Street Cry, Girl Tuesday is the fifth foal to race from Singleton’s Tuesday Joy, a four-time Group One winner who banked $3.2 million during her racing career.

Other leading lights in Girl Tuesday’s family include Denise’s Joy, one of the jewels of the Australian stud book.

Singleton also figures in the ownership of another blueblood Rosehill winner, the four-year-old entire Merovee, also by Frankel.

Merovee is out of More Strawberries who was narrowly denied a Group One win in the 2010 Flight Stakes.

He brought up a second win for Waller who had to settle for the rare result of sharing training honours at a midweek meeting after doubles to James Cummings and the Hawkes Racing team.