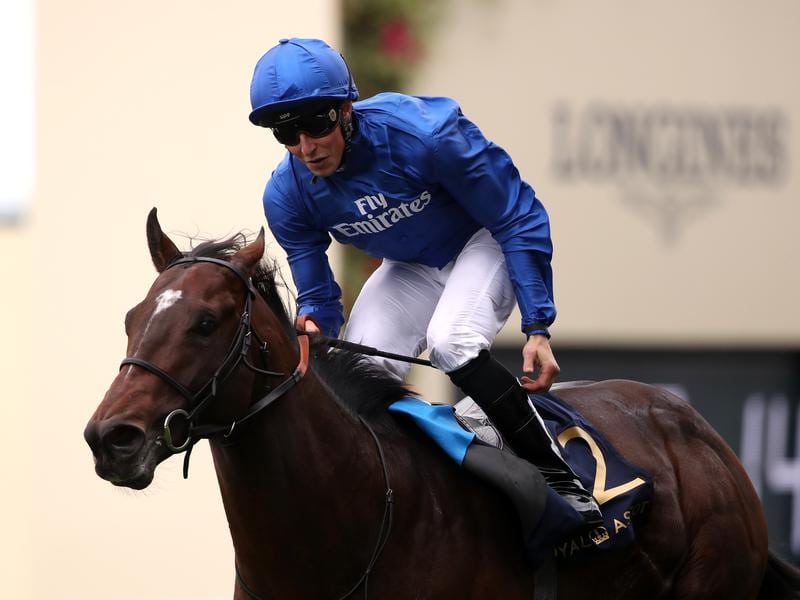 The Godolphin-owned Blue Point is set to step back up to six furlongs (1200m) on Saturday (Sunday AEST) after his convincing performance over 1000m at Royal Ascot.

Trainer Charlie Appleby believes the colt should be as effective at both distances.

“I’m delighted with the way he’s come out of the race and looking forward to him stepping back up to six,” Appleby told At The Races.

“He held the course record at Ascot as a three-year-old so I see no negatives about going up in trip again. Most importantly the horse has done well and we’re very pleased with the way he’s going into the race.”

Godolphin may also run Dreamfield but last year’s winner Harry Angel has been taken out as he has not recovered from the leg injury he sustained in the stalls in the Diamond Jubilee at Royal Ascot.

Melbourne jockey Regan Bayliss has given Redkirk Warrior a work-out on the July course ahead of the triple Group One winner’s bid to improve on his unplaced run in the Diamond Jubilee.