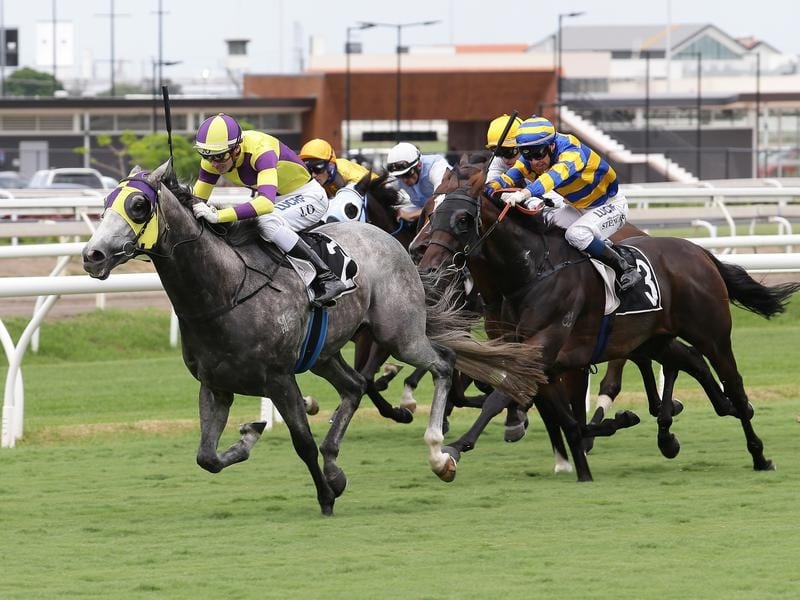 Trainer Matt Kropp has reaped the benefits of saving blinkers for Trusty Lad until the most important day when the gelding won the Eagle Way series final at Eagle Farm.

Kropp made a special trip to New Zealand to buy Trusty Lad at the Karaka Sales with the express wish of getting a Queensland Derby winner.

The Eagle Way series is designed to encourage Queensland trainers to buy horses who might make Queensland Derby and Queensland Oaks horses.

Kropp likes the horses by sire Reliable Man, who won a Group One Queen Elizabeth Stakes in Australia before a stud career in New Zealand.

“Reliable Man has been getting some good stayers. We noticed that a lot of runners down south have gone better with blinkers,” Kropp said.

“But we decided to leave them until his grand final for this campaign.”

Kropp said Trusty Lad would have a spell before preparing for the Queensland Derby in June.

“He hasn’t had a lot of luck this campaign but he showed what he could do today,” Kropp said.

Jockey Jim Orman completed a race-to-race double on Trusty Lad and hopes the colt can take the next step in the winter.