Blinkers To Go On Vainstream At Flemington 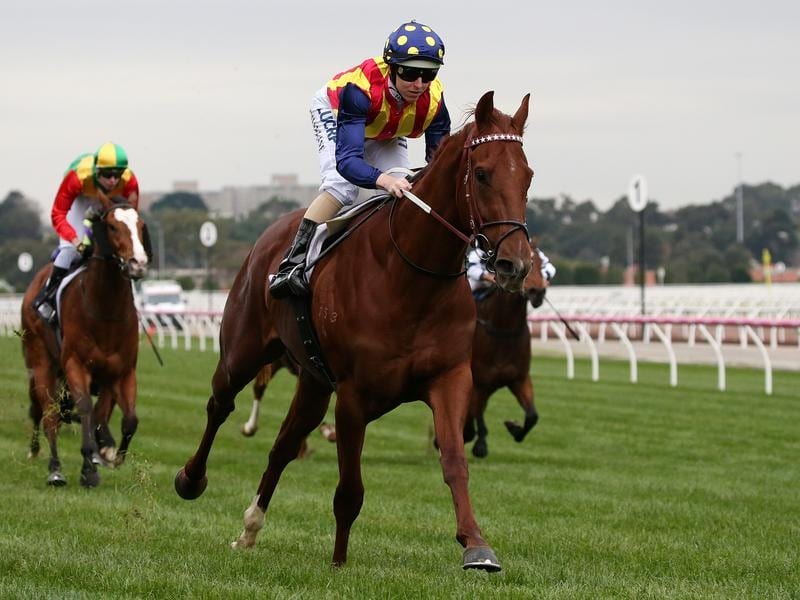 After beginning awkwardly in his two most recent starts, Vainstream will be fitted with blinkers in a bid to get back to form.

Trained by John Pascoe at Moe, Vainstream will have his first Flemington start when he runs in a 1200m benchmark 78 race on Saturday.

Pascoe said Vainstream had cost himself victory at Cranbourne last time by jumping sideways at the start.

“He started shaking his head and a barrier attendant went in and grabbed his bridle and when they pressed the button he came out sideways,” Pascoe said.

“He then got checked on the turn and over 1000 metres you can’t afford to do that.

“If everything had gone to plan he would have won by three lengths I reckon.”

Pascoe said Vainstream had breezed home in a jump-out with blinkers on at Moe on Monday which convinced the trainer everything was back on track.

Jason Maskiell has the mount after riding the gelding at Cranbourne.

“The owners wanted a bit of a change as he’d been running a bit hot and cold and Jason has been here and ridden him a few times in trackwork,” Pascoe said.

“He’s firing so you have to get with the strength.”

Pascoe says Vainstream hadn’t lost the ability he showed when third to Sam’s Image at Caulfield in April, finishing a length behind Nature Strip.

“With the blinkers I think he’ll focus and see out the 1200 metres especially the way he went in the jump-out,” Pascoe said.

“He’s got the ability but he’s only had eight starts and only been out of the money on a couple of occasions.

“We’ll see how he goes Saturday and but maybe we can give him another run and then give him a freshen for the autumn.

“But I’ll let him do the talking.”