Blinkers To Go Back On Tommy At Flemington 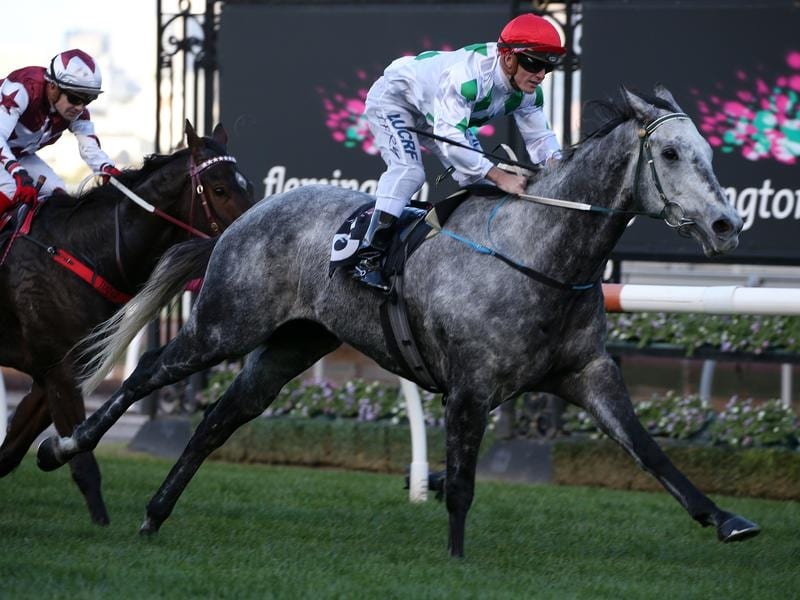 A return to his favourite track and the addition of blinkers are seen as key ingredients to Rocket Tommy returning to winning form at Flemington.

Rocket Tommy runs in Saturday’s 1100m handicap in which he will be ridden by Jarrod Fry who has been aboard the seven-year-old in his eight wins from 21 starts.

The gelding wore blinkers in two of his first three starts, but Mick Johnstone, husband of trainer Gwenda, said they removed them after he over-raced in the headgear.

But he said the time was right for the blinkers to be reapplied to a more mature sprinter.

“It was a pretty good Listed race that day and he comes back to a handicap with 54 kilos on his favourite track,” Johnstone said.

“The blinkers go back on so everything is looking good.”

The Johnstones want to see Rocket Tommy race again before deciding where he goes next.

After Saturday Johnstone said there were options to run Rocket Tommy in the Standish Handicap at Flemington on New Year’s day or to step him up in distance.

“We want to see what he does with the blinkers on over the 1100 metres to work out what we do,” Johnstone said.

“At Caulfield and Moonee Valley they take him on but if he’s left alone, like they do at Flemington, he races a lot better.

“In his work he sits back a couple of lengths off the other horse he works with.

“He works up to the inside of them and works away so all indications are that he can settle behind them.”