Blinkers Go On Le Romain In All Aged 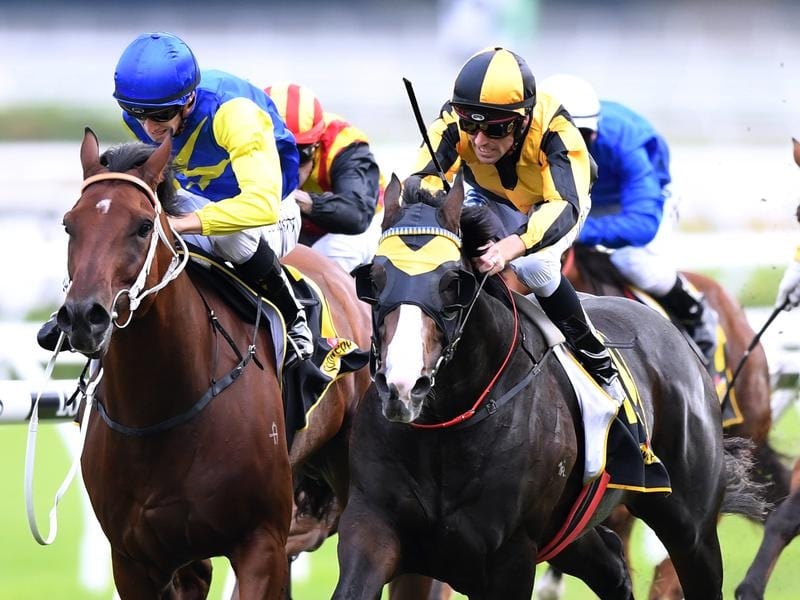 Bridesmaid in the past two editions of the All Aged Stakes, Le Romain will wear blinkers for the first time in his career in a bid to make it third time lucky in the Group One sprint at Randwick.

The six-year-old has narrowly missed having his name on the All Aged Stakes honour roll already, being run down in the final bounds by Tivaci two years ago then outgunned in the shadows of the post by Trapeze Artist last year.

Trainer Kris Lees feels Le Romain is going just as well as he has in past seasons and hopes the addition of blinkers can give the horse a winning attitude to match.

“He’s worn winkers a few times and I thought a bit of a change, with a view to dropping him back in distance, might just be something to stimulate him a bit,” Lees said.

“He had a few days at the beach and went on the water walker for a couple of days, then he had a gallop Tuesday morning in the blinkers and pleased me.

“He rarely runs a bad race so I expect him to be thereabouts again.”

While Le Romain was kept to sprint distances last autumn, he had similar lead-up form two seasons ago when he finished down the track in the Doncaster Mile before bouncing back to almost snare the All Aged Stakes (1400m).

And while he has the outside barrier to contend with on Saturday, that is nothing new.

Le Romain drew gate 10 of 10 in both the 2017 and 2018 runnings of the race and with the early scratching of Godolphin’s Home Of The Brave, he will jump from barrier 13.

“I do feel he’s going just as well,” Lees said.

“His last run was OK. It was a leisurely run affair the Doncaster and he ran OK without running terrificly well, but back to weight-for-age I think he’s suited.”

Lees expects James McDonald to be positive on Le Romain from the gate but admits it’s a tricky field to line up with the inclusion of international runner D’Bai for Godolphin’s English trainer Charlie Appleby and Victorian raiders Malaguerra, Manuel and Naantali.

He is also wary of favourite Osborne Bulls who is chasing a first Group One win after a string of placings in some of the country’s best races.

“I think it’s a pretty competitive race. There are a few different form lines coming together so we’ll see how they all measure up,” Lees said.

Le Romain was on the third line of betting at $12 on Thursday.