Blinkers Back On Long Leaf For Golden Rose 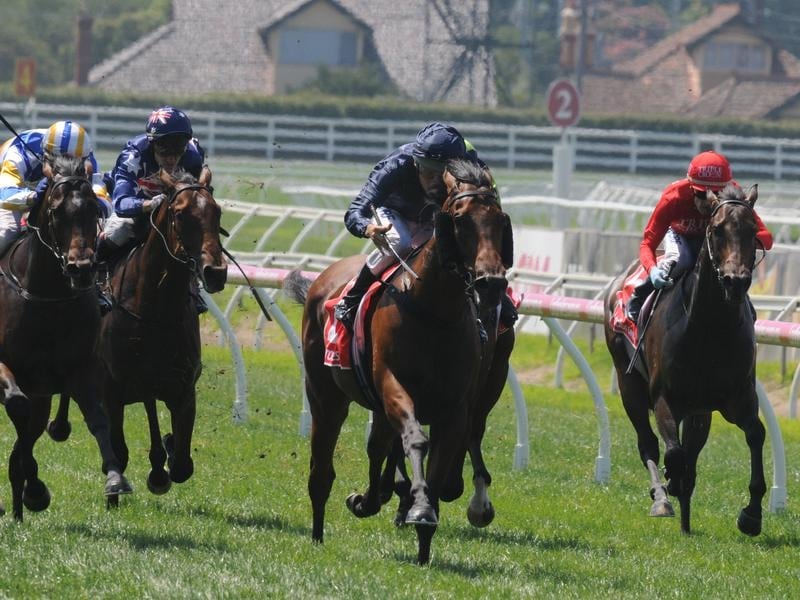 David Hayes is hoping the addition of blinkers and a dry track will bring out the best in Long Leaf in the Golden Rose at Rosehill.

Long Leaf will be Lindsay Park’s sole representative in the Group One race over 1400m for three-year-olds on Saturday.

After running on strongly over 1100m at Caulfield on August 18, Long Leaf was switched to Sydney to contest the Run To The Rose on September 8.

A heavy track thwarted his chances with the colt finishing eighth of the 11 runners behind Lean Mean Machine.

Long Leaf had previously performed well in Sydney in the autumn finishing sixth to Estijaab in the Golden Slipper at Rosehill and fourth to El Dorado Dreaming in the ATC Sires’ Produce Stakes at Randwick.

His only flop was when he failed to run out the 1600m when ninth in the Champagne Stakes before a spell.

Hayes is confident Long Leaf can turn around his poor showing in the Run To The Rose.

“He’ll improve out of sight with the blinkers back on and getting to the 1400 metres.

“He’s worked well in the blinkers and they’ve worked wonders plenty of time before on race day.

“I’m confident of a very good run so long as it’s dry, but if it’s wet then I probably wouldn’t even run him.”

The Kris Lees-trained Graff holds favouritism at $4 for the Golden Rose ahead of The Autumn Sun ($6) and Lean Mean Machine ($7) both from the Chris Waller stable.

Waller expects the pair to be joined by Zousain who developed a temperature last Monday and has been treated with antibiotics.

The colt finished fourth in the Run To The Rose and is at $9 for the Golden Rose which his sire Zoustar won in 2013.