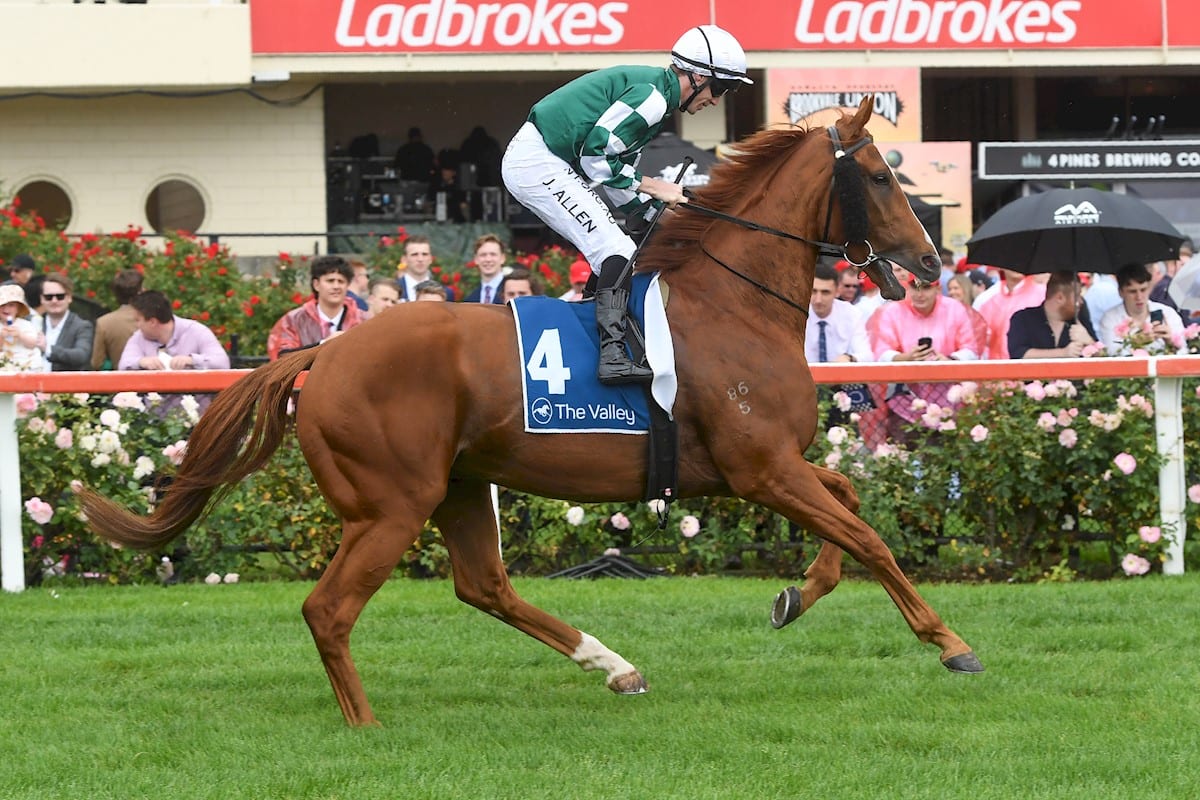 Irish import Blenheim Palace takes an important step towards his immediate goal when he runs at Caulfield.

Daniel Bowman is eyeing the Listed Warrnambool Cup (2350m) on May 6, which the trainer says should be ideal given the race is invariably run on soft ground.

After three starts for Bowman, Blenheim Palace steps up to 2400m on Saturday when he contests the MRC Chairman’s Club Handicap.

Blenheim Palace pleased Bowman in his first two starts, both at Caulfield, before running seventh to Persan over 2040m at The Valley on March 13.

“His first two runs were excellent, but just not ridden to suit, and then last time they just went way too hard and the track was too firm for him,” Bowman said.

“If it had been the last race, it may have been a different story, but it was very firm early in the day.

“He puts a fair bit into his races and is the sort of horse that you have to take three weeks between runs.

“But we’re happy with him, we’re finally out to a trip and looking forward to it.”

Declan Bates takes over on Saturday for the first time.

He is no stranger to the son of Galileo having ridden him in his work at Warrnambool and has a good understanding of the gelding.

“He needs a genuine tempo, not a stop-start, muddling run race which seems to be 90 per cent of Australian staying races where they get a spot, slow it down and sprint home 600 metres,” Bowman said.

“He needs a genuine tempo, so whether that means he’s the one or if there’s something else there that makes it genuine.”