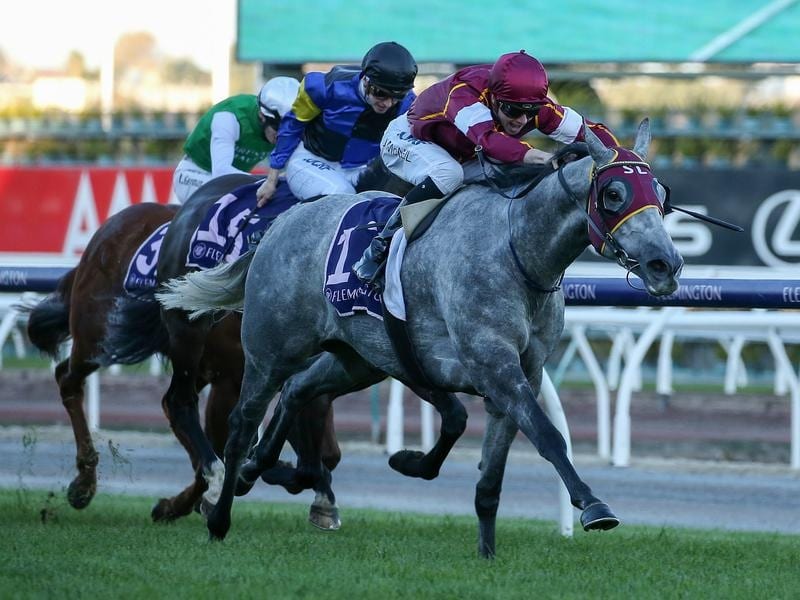 Blazejowski has answered a number of questions for trainer Greg Eurell with his impressive victory in the Henry Bolte Handicap at Flemington.

Eurell held concerns about the four-year-old running out a strong 1400m but Blazejowski put those fears to rest while remaining unbeaten this campaign.

Providing Jye McNeil back-to-back winners after guiding Dr Drill home in the Rod Johnson Handicap, Blazejowski ($12) held off Federal ($81) to win by a half-length with Holbien, backed from $16 to $8.50, two lengths away third.

Following wins at Sale and Sandown, Eurell said Blazejowski answered questions in Eurell’s mind in Saturday’s heat of the VRC/CRV Winter Championship whether the gelding could run a strong 1400m.

“He’s gone to a new level this campaign,” Eurell said.

“It’s been interesting to see how the horse has progressed and come back from a spell and he’s stepped up again and that’s what it’s all about.

“He’s a lovely horse and has matured so much in the last 12 months and I believe that’s allowed him to take that step up.

“Whether he can get the mile and go onto the final (on July 6), I don’t know but at the moment we’ll enjoy what he’s doing.”

Eurell said Blazejowski had shown him the gelding was capable of rising again in grade after overcoming a tough draw.

He said the gelding could return to Flemington in a fortnight for another heat of the series.

As to how far Blazejowski can rise, Eurell is unsure.

“Today was a big question mark about what he could or couldn’t do,” Eurell said.

“We’ll have a good look in the book now and certainly place him where he can keep winning a race.”

McNeil said Blazejowski would be better off being kept to 1400m at this stage but wouldn’t write the gelding off running 1600m further in his career.

“He looks like he’s on the up and he had to take that step up today against some quality horses and the way he did was pretty thrilling,” McNeil said.