Ilovethegame Prevails On Debut For Eurell 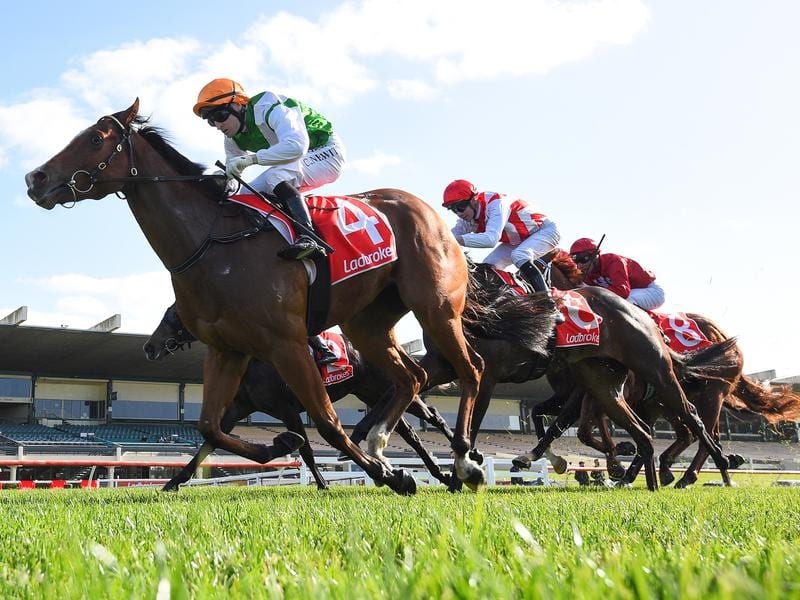 Ilovethegame led from the outset to win Wednesday’s Ladbrokes Handicap under Craig Newitt prompting Eurell to say there is considerable improvement to come from the two-year-old.

“He didn’t have any favours in the run, did all the donkey work, and got away with it,” Eurell told racing.com.

“He’s a competitive trackworker and in his jump-outs he’s bounced and rolled forward.

“It would have been nice if he had something to chase and do it a bit easier because you’re always fearful that first starters can get a bit lost, as coming away from home for the first time is a big day out for them.

“Thankfully he’s a professional horse and with that under the belt there might be a bit more to come from him.”

Eurell said he would see how Ilovethegame recovers from the success as to whether he runs again or is put away for some spring competition.

“Next time around we will see a better product, but we’ll probably try and press on,” Eurell said.

“But it is an awkward time, whether to give him a little breather or go on and try and sneak something early in the spring.

“How he pulls up, that will tell us.”

Ciaron Maher, who trains in partnership with David Eustace, has high hopes for Mystique Falcon who broke through for her maiden win in the Ladbrokes Back Yourself Handicap.

“She is a raw commodity at the moment,” Maher said.

“She got headed and picked up when the other horse got competitive beside her.”

Mystique Falcon’s win was the first leg of a race-to-race double for Maher and Eustace along with jockey Jye McNeil.

Maher and Eustace closed the Melbourne trainers’ premiership margin to 10 behind Lindsay Park and to within three of that stable in the Victorian title, while McNeil edged clear of Daniel Stackhouse in the statewide jockeys’ premiership.