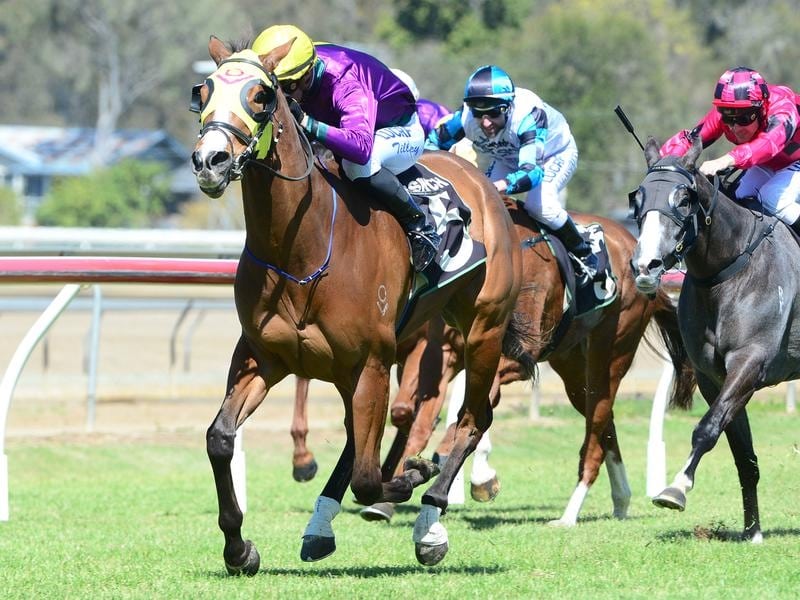 Jockey Les Tilley hoped the Osmosis’ Ipswich win was a pointer for his trip to the Birdsville Cup carnival after the mare earned him petrol money for the 1600km trip.

Tilley travels all over the state for rides and knows well how the drought has crippled rural areas.

He will have nine rides at the Birdsville Cup meetings on Friday and Saturday where several promotions will raise money for drought victims.

“Hopefully people will follow the Birdsville meeting because the spin-off from their support will be helping a lot of people in country areas,” he said.

Tilley has built up a strong working relationship with Osmosis’s trainer Charlotte White who also has top speedster Spurcraft.

White is a deputy school principal on the Darling Downs and missed the win but got plenty of kudos.

“Charlotte does a top job with a small team and she pulled the right rein by putting blinkers on again. Osmosis deserved the win after being s bridesmaid a few times,” Tilley said.

It was a change of luck for the Steve O’Dea stable which had three previous runners on the day for three seconds.

Stable foreman Matt Hoysted said Invigorating had plenty of potential and would be a good horse later in her career.

“It has taken a lot of work to get her to the races but she will just keep getting better,” he said.

Thunderous Strike is now likely to head to Saturday class where blinkers will be added to his race gear.

“I think he will be better ridden back a bit in the field where he can chase,” jockey Jim Byrne said.