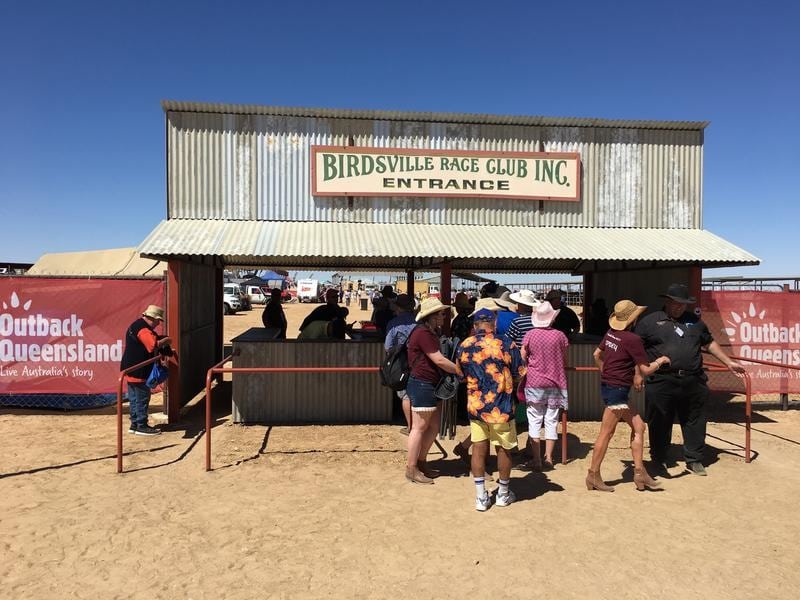 A major digital campaign and a chance to bid for a share in a Cup runner will boost interest in the Birdsville Cup meeting and help drought victims this week.

Racing Queensland has launched the #BetOnBirdsville campaign encouraging Australians to get behind farmers doing it tough by placing a wager on the Birdsville races on Friday and Saturday.

RQ is donating 50 per cent of the wagering revenue earned on the meetings to the Queensland Country Women’s Association’s Drought Appeal.

For the first time in its 136-year history all 13 races will be broadcast live on Sky Racing, with wagering partner UBET to offer fixed and tote odds on all races.

“Clubs across Queensland this week have agreed to dedicate races to the #BetOnBirdsville campaign, with some participants forgoing a portion of their riding, driving or winning fees in aid of the cause,” RQ’s Simon Stout said..

About 7000 people are expected to travel to Birdsville, located 1600km west of Brisbane.

All proceeds from the online auction, which closes on Thursday at 4pm, will be donated to the Queensland Country Women’s Association Drought Appeal.

Hickmott said when he heard about the drought aid effort he was eager to get on board.

“I thought we had the right horse to go there this year, and when I saw that SKY were broadcasting the meeting and RQ was donating wagering revenue I thought we would do our part,” he said.

Bidding is on [email protected]