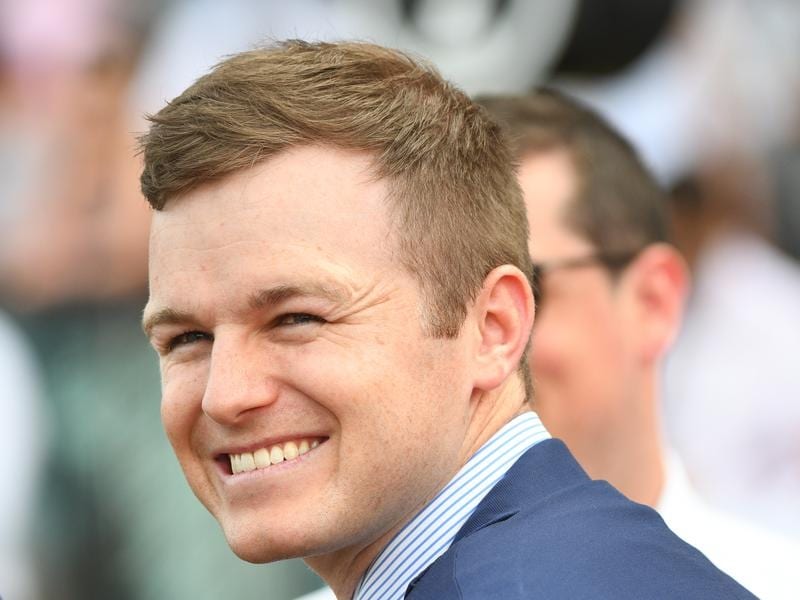 Still a maiden in Australia, Lindsay Park believe they have found the sweet spot for former European galloper Biometric.

Placed just once in eight Australian starts, Biometric is entered to run in the Listed Anniversary Stakes (1400m) at Caulfield on Saturday.

It was over Saturday’s journey, at Flemington in January, that Biometric recorded his solitary placing.

Biometric is coming off a last start fifth behind Mr Quickie in the Group 3 Victoria Handicap (1400m) on April 3.

Ben Hayes, who trains the gelding with Tom Dabernig, said unfortunately for the stable, and connections, Biometric had been running well without winning.

“He’s been quite frustrating but we’ve worked out now that’s he’s probably a sit back, 1400-metre horse, with a sharp turn of foot,” Hayes said.

“We tried him out to a mile for a couple of starts but he did run well here in the Group 3 a couple of weeks ago and I think if you can ride him quiet, and produce late, he can run a really nice race.”

Biometric has struck problems in his races on occasions and on his Australian debut at Caulfield last May, when well-supported, was badly held up.

The gelding has had a breathing problem, hence a problem running out 1600m, and Hayes said Biometric was one of the unluckier imports to come to the Lindsay Park stable.

“He’s been held up a lot and had a lot of bad luck stories, so he can bounce back,” Hayes said.

“He can feel his runs, but this time he bounced out of it, so that’s good signs going forward.”

A total of 21 horses have been entered for Saturday’s contest including Sydney visitor I Am Superman, Group 1 winner Begood Toya Mother, last start Bendigo winner Groundswell and Tasmanian galloper Still A Star.