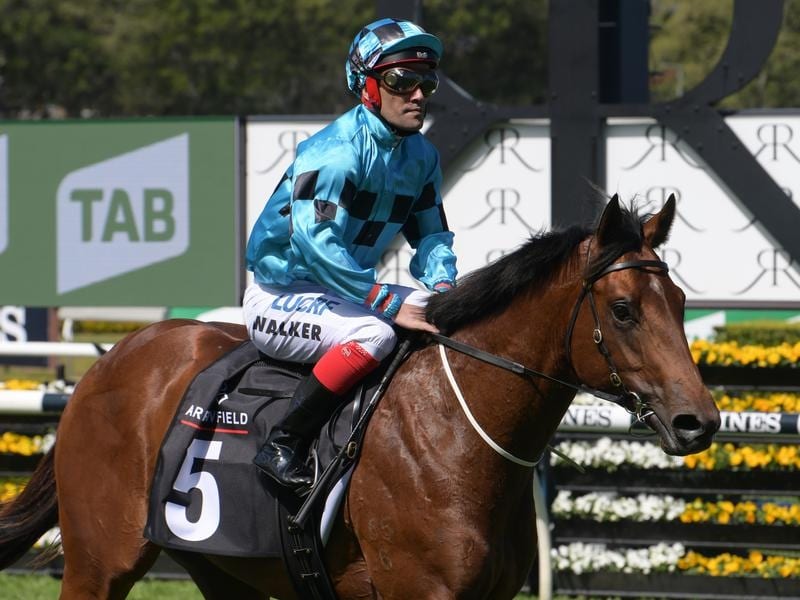 Dubious won the Group Three Breeders’ Plate at Randwick on debut on September 29 and the talented colt is on a path towards the Magic Millions at the Gold Coast in January.

Eustace said the Golden Slipper in Sydney in March was also among the plans for the colt.

Bella Rosa also netted a stakes win on debut in the Group Three Ottawa Stakes for fillies at Flemington on the undercard to the Melbourne Cup on November 6.

Eustace said Bella Rosa would be aimed towards the Group One Blue Diamond at Caulfield in late February.

“He has remained up in Sydney. He spelled up there and he’s at Rosehill. He’s training really well.”

Eustace said there were options in both Sydney and Queensland for the colt’s lead-up to the $2 million Magic Millions on January 12 for which he is favourite in an early market with one corporate bookmaker.

Dubious in among nominations for a Randwick 740m-barrier trial on Tuesday.

While Dubious and Bella Rosa have already notched a Group race win early in the season, the two are not the only youngsters from the stable who could play a role in some of the feature races.

“There’s a few more there too,” Eustace said.

Eustace said Bella Rosa would probably only need one lead-up race heading into the Blue Diamond, most likely in the fillies Prelude a couple of weeks before.

“She was incredibly tough on debut,” Eustace said.

“She’s in the paddock at the moment and will probably have three or four weeks out. She’s probably got another week to go and then we’ll get her back in again.”