Big Bonus Scheme For The Mission 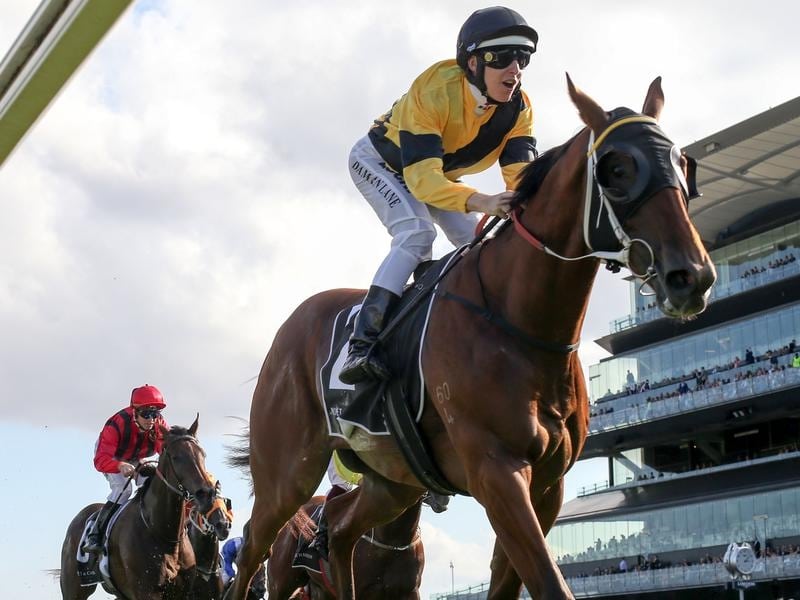 The Aquis organisation has announced a $1 million bonus scheme aimed at boosting the stud’s first season sire The Mission and the Queensland breeding industry.

The bonus payments will be linked to any two-year-old conceived in The Mission’s 2018 season at Aquis Farm in the Gold Coast hinterland .

There will be 11 individual bonus payments with the top offer being $1 million to win a Group One two-year-old race, the Magic Millions Classic or the Inglis Millennium.

There will be a $100,000 bonus for winning metropolitan races and further bonus payments for wins outside Australia.

Aquis will donate 10 per cent of any payment to thoroughbred or farming charities.

The winner of the 2017 Champagne Stakes when trained by Paul Perry, The Mission is the first Group One-winning two-year-old to go to stud in Queensland in more than a decade and joins Spirit of Boom as an elite-winning stallion standing in the state.

The Mission is by Choisir and is inbred to Danehill through champion sire sons Danehill Dancer and Redoute’s Choice, while his grandam is the Group One Champagne Stakes winner Carry On Cutie who is by More Than Ready.

Aquis chief executive Shane McGrath said it was an exciting time for breeding and also important to acknowledge that Aquis and the racing industry were part of a wider community with 10 per cent of bonus payments going to industry-related charities.

“We have an obligation to look after those less fortunate than ourselves. At Aquis we are grateful to be part of a thriving industry that is in a position to give generously to those in need,” he said.