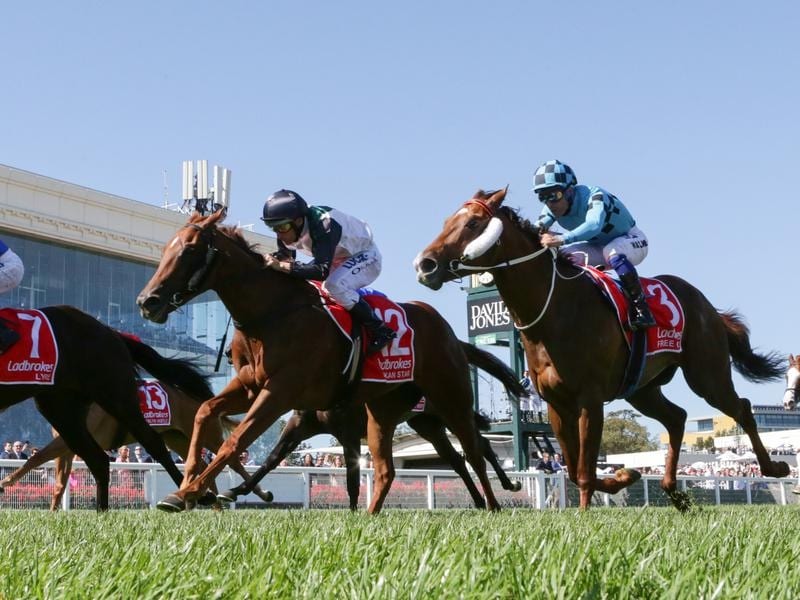 Attending the annual Golden Slipper barrier draw has further whetted Adelaide trainer Chris Bieg’s appetite as he prepares to saddle his first Sydney starter when Free Of Debt runs in the world’s richest race for two-year-olds.

Bieg has last-start Group One Blue Diamond Stakes third placegetter Free Of Debt in Saturday’s $3.5 million Golden Slipper (1200m) and the trainer was on hand to draw barrier 10 for the colt at Tuesday morning’s function in Rosehill racecourse’s Grand Pavilion.

“I couldn’t believe it. It’s very different, like nothing I’ve experienced before.

“Even the Blue Diamond, that was a really good morning. We enjoyed the barrier draw there, but this is next level. This is amazing. So I’m very excited.”

Bieg said he wanted between barrier six and 11, so he was thrilled to draw 10.

Free Of Debt will jump from gate eight if the first two emergencies do not gain starts.

“I think from there we are not dictated to what we actually have to do. Where he is, is perfect really,” Bieg said.

“One out and one back in the run would be my best outcome I think.”

Free Of Debt has been in Sydney for more than a week preparing for Saturday and won a barrier trial at Randwick last Thursday.

He has his final piece of work on Wednesday at Rosehill which Bieg said would be more of a maintenance gallop.

And while Free Of Debt is not among the leading contenders in the market, his trainer believes the colt can give it a shake.

“He’s done nothing wrong. We’re a small stable in the big world, I guess that’s the reflection of the market. That stable support is not quite there.

“But he doesn’t know he is $34 and he will be giving them a scare on Saturday.”