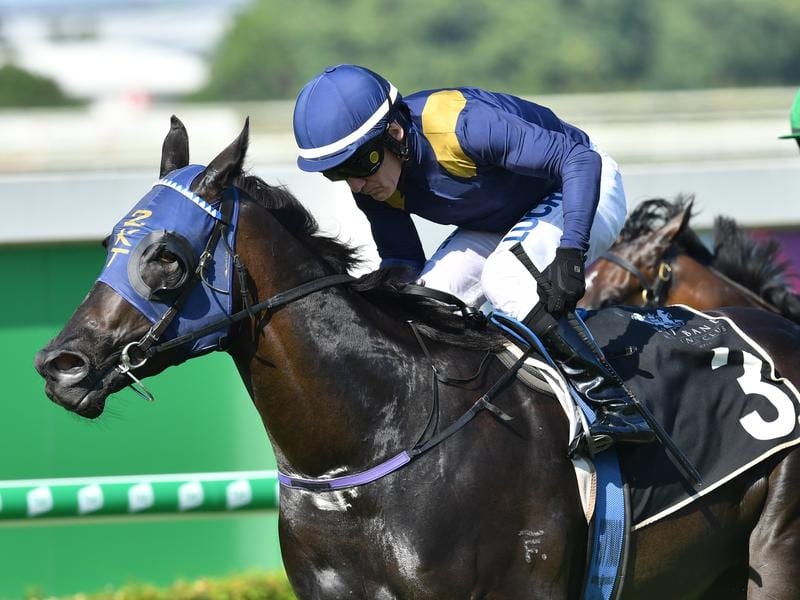 Flying Gold Coast filly Betaima could replicate the same path as her illustrious stablemate Houzten after her win at Doomben on Saturday.

Betaima ($2.90} was beaten at her previous start by her stablemate Champagne Jet but made no mistake in the Sizzling Plate (1050m), leading all the way to run a class record.

Trainer Toby Edmonds won the 2017 Magic Millions 2YO Classic after running Houtzen the week before the $2 million race.

“She will have another start but whether it is two weeks before the Millions or like Houtzen the week before is up to Dad,” he said.

Jeff Lloyd, who won the Millions Classic on Houtzen said Betaima was a natural speed horse who showed a lot of fight.

Betaima cost the 2KThoroughbreds syndicate $62,000 and is already a cheap buy.

She is by first-season side Better Than Ready who is sweeping all before him this season.

Better Than Ready, who stands at Lyndhurst stud near Warwick, has already had six winners and is Australia’s leading first season sire.