Best still to come from the Shark 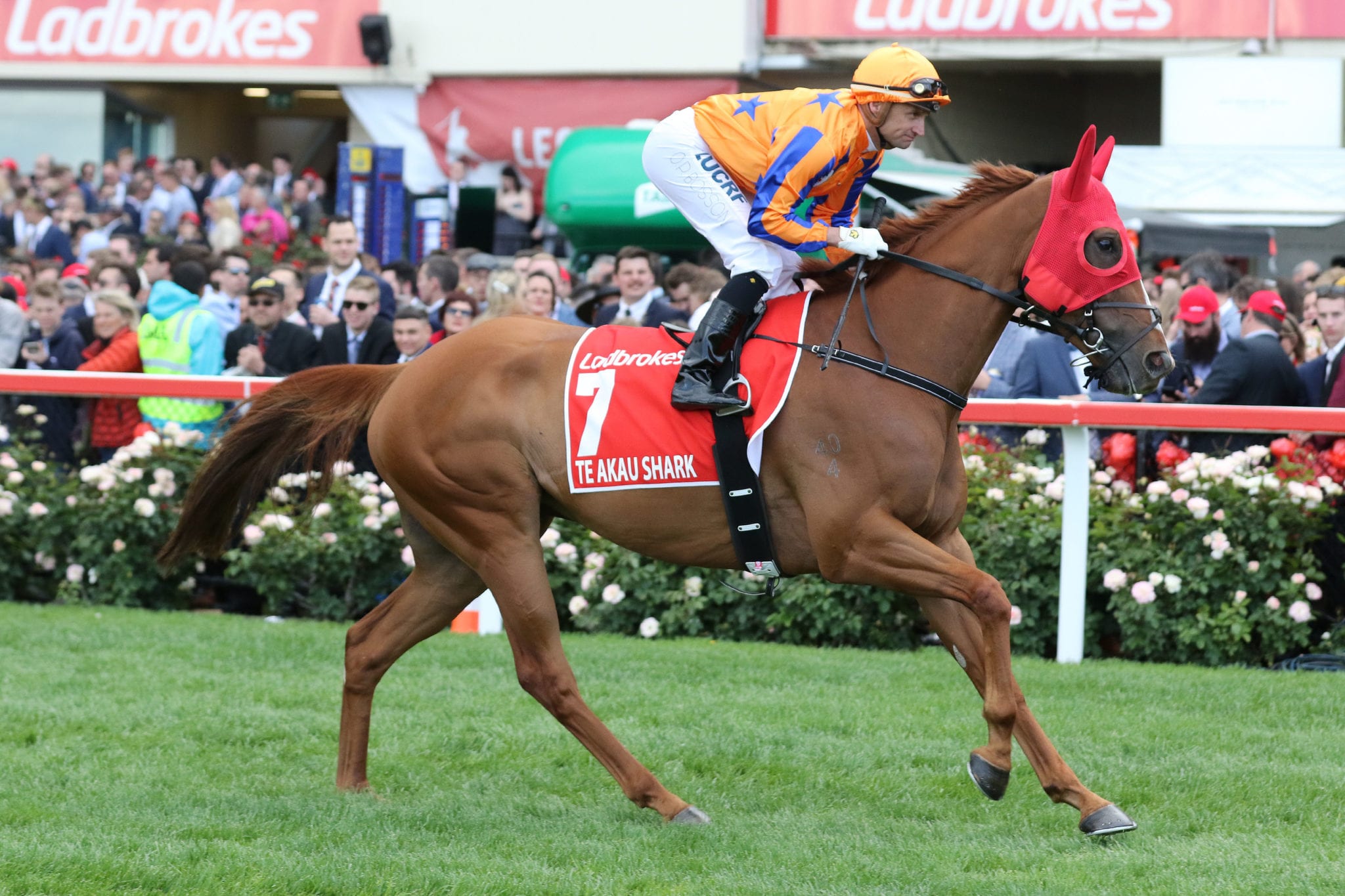 Not that he needed convincing but trainer Jamie Richards left Moonee Valley on Saturday evening with confirmation that he has a galloper capable of matching it with the best Australasia has to offer. Te Akau Shark had just produced a quality performance in the Group 1 Ladbrokes Cox Plate (2040m) that saw him surge home against the fence to snatch third behind world-class Japanese mare Lys Gracieux and classy three-year-old Castelvecchio, courtesy of a brilliant ride from Opie Bosson.

Richards had openly admitted leading into the race that their chances had been compromised by drawing the outside barrier for Australia’s premier weight-for-age contest, however the thrill he took from seeing his charge deliver a career defining moment was still evident as he boarded a flight back to New Zealand on Sunday morning. “I’m so proud of the horse and also of Opie who was simply brilliant to get him into the money from that draw,” Richards said.

“Once we drew the outside, we were realistic that it was going to be a mountain to climb to win the race, but his effort was simply outstanding. “The mare who won it is world-class and obviously the three-year-old (Castelvecchio) who ran second is top quality as well, so to do what our boy did was exceptional. “He actually hit a flat spot coming down the side when the pace went on and took three or four strides to get his momentum up. “Opie made the decision to follow the rail and I think that was certainly the difference in finishing an unlucky sixth or seventh compared to getting that third-placed cheque.”

While delighted with the result, Richards was also buoyed by the way Te Akau Shark handled the build-up and raceday atmosphere that comes as part of the package with such a prestigious event. “He’s a five-year-old that has only had the ten starts now so he is still very inexperienced,” he said. “You wouldn’t have known that though as he is the true professional and was just so chilled out during the week and again on the day. “I’m not sure if the crowd was as big as they have had in the last few years without Winx in the race but the atmosphere was still pretty amazing. “He took it all in his stride which has us excited about what lies ahead for him as I definitely think the best is yet to come.”

Te Akau Shark, who was bought at the New Zealand Bloodstock Ready To Run Sale for $230,000 by Te Akau principal David Ellis, will now return to New Zealand for a welcome break before Richards and the Te Akau Racing team plot their next moves with the Rip Van Winkle gelding. “He can come home and have some time in a good paddock as he needs the break,” Richards said. “We will sit down and put a plan together for his next campaign which I would think will have Sydney in the autumn as a focus.

“After his display over the 2000m I think a race like the Queen Elizabeth Stakes (Group 1, 2000m) at Randwick has to be a target for him as he has shown he is well up to the journey at weight-for-age. “I do think there is improvement in him just given how little racing he has had, so I believe he can take them on again in Sydney.”

Richards will be back in Melbourne during the week as the final touches are applied to New Zealand Horse of the Year, Melody Belle, as she prepares to tackle the Group 1 Empire Rose Stakes (1600m) at Flemington on Saturday. “She (Melody Belle) has settled in nicely at Flemington and is doing well,” Richards said. “Opie will ride her and I guess now what we need is some luck with the barrier draw, certainly more than we got last week.”