Berry warms up for Slipper with juvenile double 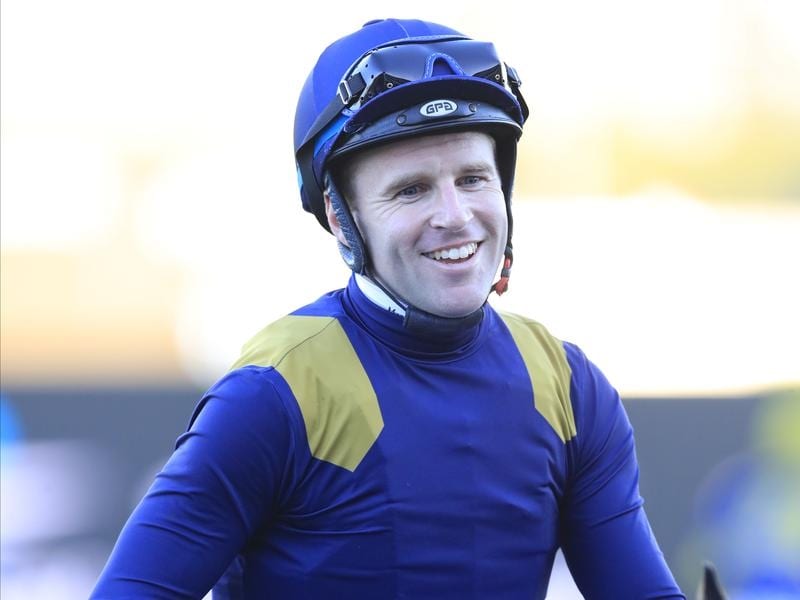 Tommy Berry has tuned up for the postponed Golden Slipper meeting with a juvenile double on the Kensington track, although it wasn’t enough to peg back the premiership lead of arch rival James Mcdonald.

Berry made a clean sweep of the two-year-old races, taking out the opening event aboard Chris Waller-trained debutant Kalino and snaring the other on Ashema for Annabel Neasham.

The top jockey will find himself in opposition to the trainers in Saturday’s $3.5 million Golden Slipper when he rides the Richard and Michael Freedman-trained Stay Inside, who takes on Waller’s pair of Home Affairs and Shaquero and the Neasham-trained Queen Of Wizardry.

But Berry was happy to be in Waller’s corner with Kalino, who he had ridden to a recent trial victory before the Pierro colt’s winning debut in the Earthlight New To Darley Plate (1100m) on Thursday.

Ashema appreciated a drop in grade to break her maiden in the Bowermans Commercial Furniture Plate (1100m) having run placings behind top two-year-olds Acrobat and Stay Inside.

Neasham said she will weigh up her options for the filly, who could be aimed at the $1 million Percy Sykes Stakes during The Championships.

“The obvious race at this time of year for these fillies would be the Percy Sykes but whether she’s quite ready for the 1200 yet, I don’t know,” Neasham said.

“If not, maybe something like the Woodlands Stakes or something up in Brisbane. It would be great to try to get a bit of black-type with her.”

Berry’s two-winner haul was matched by McDonald, who notched victories on promising John O’Shea-trained sprinter Lost And Running and Waller filly Kiku to maintain his seven-win lead in the Sydney jockeys’ premiership.