Berkeley Square back in winner’s stall at Flemington 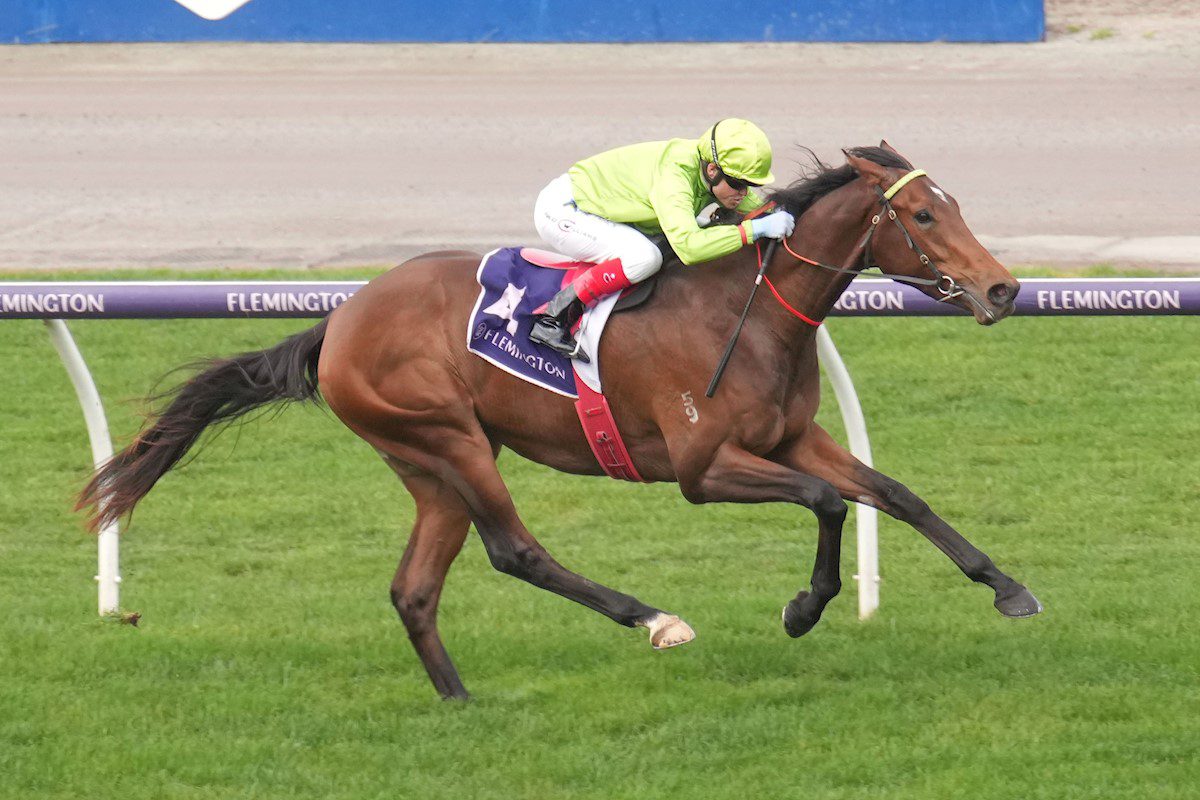 Dan O’Sullivan’s three-year-old Berkeley Square was able to attain for an unlucky second last start with a classy win in the first race at Flemington on Saturday.

The gelding by Territories started an even-money favourite with online bookmakers in the 1410m event, and while he was challenged early in the straight, he never really looked in doubt.

With Craig Williams taking over the riding duties from Alana Kelly, the scopey gelding raced up on the speed for the first time in his career, which took bad luck out of the equation as he rolled along outside the leader.

Berkeley Square ended up winning by 1.75 lengths, pulling away from Castillian and Proscenium Arch inside the final 100m.

Winning trainer Dan O’Sullivan says he would like to aim for the Caulfield Guineas (1600m) with this horse, but he concedes the mile may be a bit too sharp for him at this stage of his career, so the Victoria Derby (2500m) could be a more logical target.

“When they loomed up outside of him, I thought ‘oh here they come’, but I know he’s very strong,” the trained told Racing.com.

“He’s a big horse and he takes a little while to hit that top gear. Craig got him out good and summed it up, adding another string to his bow – it’s good to know going into the right race to know that he can do that and hold a spot, so it’s another feather in his cap.

“In four weeks’ time, there’s a Listed race here for him. We’d like to get him into the Caulfield Guineas, but whether that’s going to be a bit too sharp for him.

“There’s also a nice race in late October that we can have a look at too.”

Online bookmakers wound the galloper into $13 for the Caulfield Guineas, while he sits on the second line of betting at $15 for the Victoria Derby.

Craig Williams said it was a pleasure to pick up the ride on the horse at just his third career start ahead of what looks to be a fruitful spring for the three-year-old.

“I was delighted to get the ride on him today with a view to the future with him.

“He did thing a lot more professionally, but he still didn’t know what to do when the business end came from the 4(00m) to the 300, but he was a great competitor to be on.

“It’s really exciting times; he’s still raw, but he’s got such a great attitude, but he’s just go so much scope so it’s going to be interesting to see how he comes through the run.

“If he stays up and seems to improve with these experiences and confidence from the wins, then we’ll see him in the spring.”