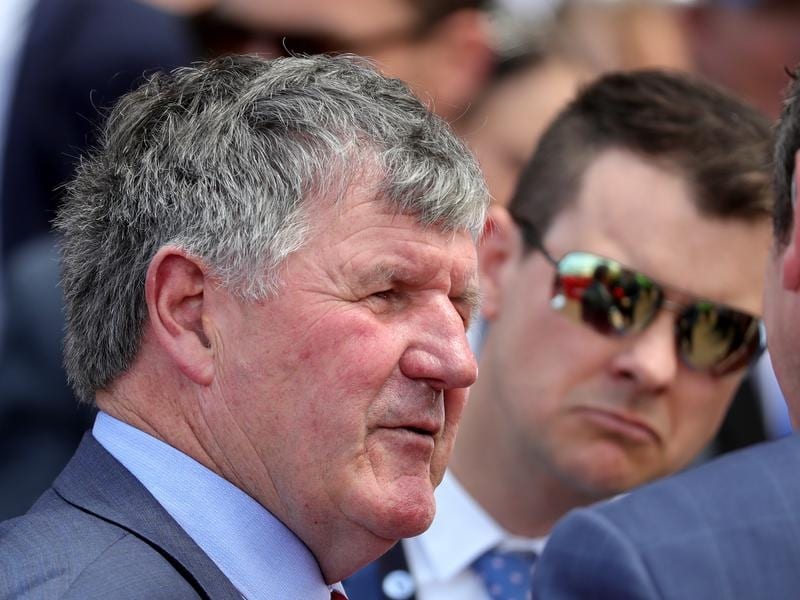 Trainer John Sadler sees a firm track and a step up in distance as big pluses for Berisha in the Pakenham Cup.

The stayer runs in Saturday’s 2500m Listed race coming off a last-start fourth in the Ballarat Cup on an unsuitable soft track.

Berisha was trained by Robert Smerdon when he won the 2016 Mornington Cup which guaranteed him a start in that year’s Caulfield Cup.

After running third to Jameka in the Naturalism Stakes, Berisha was sidelined for almost a year with a tendon injury,

Sadler took over training Berisha this year when Smerdon stood down before incurring a life ban over the Aquanita race day treatments case.

Sadler has since mixed up the gelding’s work in a bid to rejuvenate him.

“Because of his tendon Robert used to do most of his work on the treadmill, but now I do a bit of schooling with him, mix his work up to try and keep him interested,” Sadler said.

“And he seems interested. I reckon he strips the best he’s stripped this time in.

“It’s taken a bit of time for him to come up and it was a really good run in the Ballarat Cup.

“The firmer ground will suit as will an extra 300 metres but at a crucial part of the race he always looks the first horse beaten and then he’s the last one coming.

“Hopefully we can get him wound-up and going early and that big track will suit him.

“He’s got to have a chance in the race.”

Berisha has met with support, firming from $21 to $14 with last start Zipping Classic runner-up, Dal Harraild the $2.60 favourite.

Sam’s Image is having his first start for Sadler after previously being prepared by Peter Morgan who has taken a break from training.

Sam’s Image defeated the then Sadler-trained Nature Strip at Caulfield in April.

“I reckon the horse is going very well and I’d be surprised if he doesn’t run a big race, and that’s without me knowing him as a racehorse,” Sadler said.

“Peter came over on Tuesday morning and he was happy with him.”