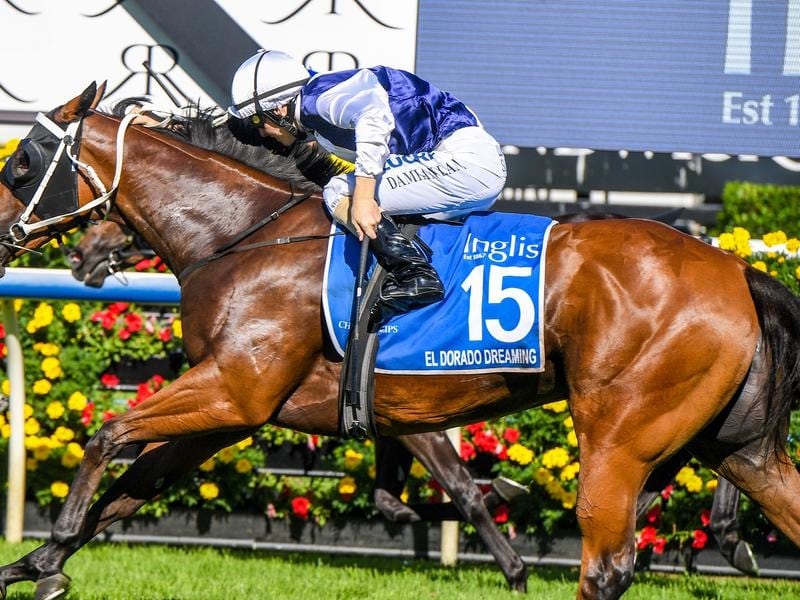 Everest contender In Her Time and Group One winner El Dorado Dreaming have been transferred from suspended trainer Ben Smith to fellow Newcastle trainer Kris Lees.

Racing NSW stewards have suspended Smith after finding him guilty of two charges, one of providing false evidence and one of refusing to give evidence, regarding unlabelled and unidentifiable substances found in his stable on Tuesday.

The stable inspection was prompted by irregularities in samples taken from two horses in the Smith stable.

On Wednesday, stewards approved the transfer of the two Group One winners meaning In Her Time is able to have a race day gallop at Newcastle on Friday and El Dorado Dreaming can run in Saturday’s Group Two Tea Rose Stakes.

Smith has appealed the suspension and applied for a stay of proceedings which has not yet been determined.

Galaxy winner In Her Time has been chosen to represent the TAB in the $13 million Everest at Randwick on October 13.

He said further samples had been taken from horses in the stable on Tuesday including El Dorado Dreaming with that result to be known on Friday.