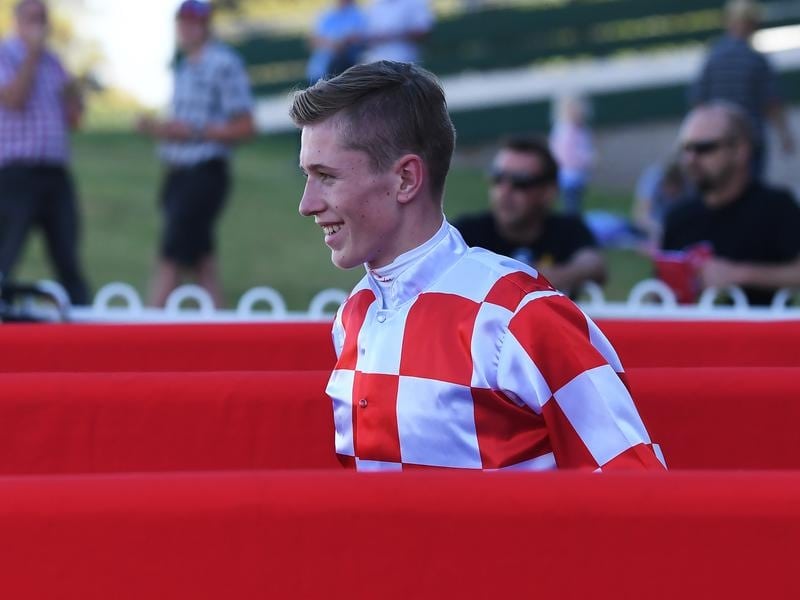 After five weeks off the scene recovering from a fractured heel, apprentice Ben Allen is set to make his return to the races with two rides at Caulfield.

Allen had a track work fall at Ballarat but it was only a couple of weeks later the apprentice discovered he had suffered a fracture to his left heel in the incident.

“I thought it was just a bruise so I kept riding for about a fortnight and then I ended up getting X-rays, and it ended up being fractured,” Allen said.

“I just had to wear a moon boot for a couple of weeks and rest it.

“I was going to look to do things to keep fit but we ended up just using it as a holiday. I went up to Queensland for a week and now I’m getting back into track work.”

Allen has not ridden in a race since the Cranbourne meeting on May 25 and is now working to build his fitness levels up again.

“It’s healed well now, so it’s good as gold,” he said of the injury.

“It feels fine on the horse. It’s just more the physical side of things, just getting fit and getting the strength back.”

Allen said he was initially going to return on Sunday at Sale but was offered a couple of rides at Caulfield.

The 19-year-old is booked to ride Just Hifalutin for trainer Enver Jusufovic in Saturday’s Keno Heads or Tails Margins Handicap (1200m) and the Darren Weir-trained Raw Impulse in the Keno Bonus Handicap (1800m).

Allen, who outrode his city claim in December, returns to the saddle with one month of the 2017/18 season to go.

He has ridden 68 winners this season including 26 metropolitan winners in Victoria, highlighted by the Group Two Herbert Power Stakes last spring on Lord Fandango.