Bellatrix Black set to cast a spell at Trentham 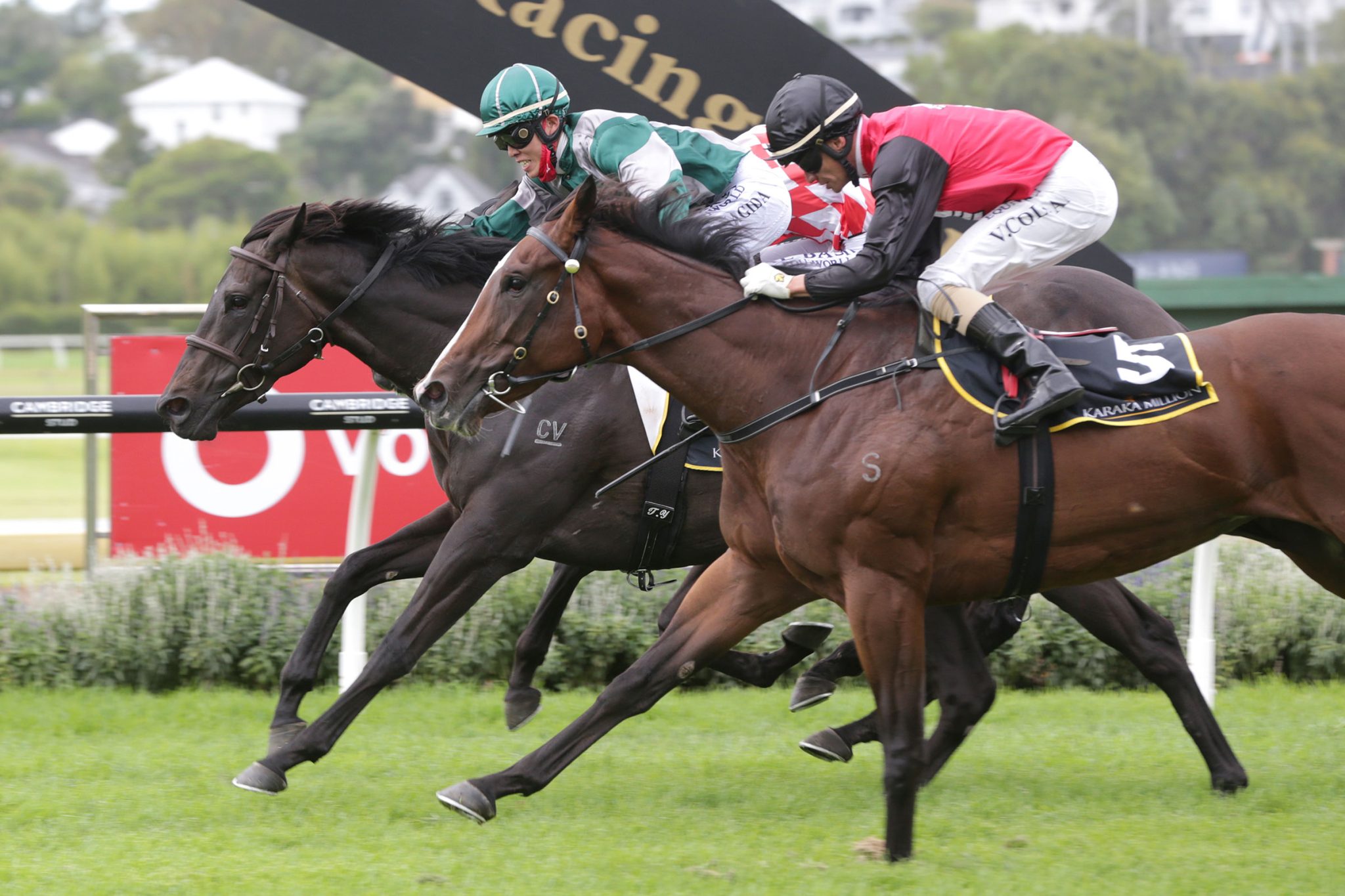 Catherine Cameron is hoping Bellatrix Black can work her magic again on Saturday when she heads to Trentham for the Group 1 Al Basti Equiworld Dubai New Zealand Oaks (2400m).

The daughter of Redwood was an upset victor when taking out the Group 3 Sunline Vase (2100m) at Ellerslie a fortnight ago, much to the delight of her trainer.

“It was a big step up from winning a maiden but every run she had going into it she had gone lovely races,” Cameron said.

“She was nice and confident, and she didn’t know she was up against the real classy girls.

“She seemed to pull up really well straight after the race. It is a big trip for her down to Trentham this weekend, but we haven’t got to the bottom of her yet.”

Bellatrix Black is one of the lighter raced fillies heading to Trentham this weekend and Cameron is hoping that will be to her advantage.

“She is pretty lightly raced really,” Cameron said. “She pulled up the other day like she hadn’t had a real hard run, so hopefully she can be competitive again.

“She has always been a really nice filly, but for it to actually pan out like it has, it doesn’t normally work that way with horses.”

Cameron is resisting the urge to campaign her filly across the Tasman this autumn, believing she will benefit from a spell ahead of spring racing.

“Whatever happens on the weekend she will go out for a break. I think she will only improve with a bit of time,” she said.

Prior to heading to Trentham later this week, Cameron will have one runner at Matamata on Wednesday.

Three-year-old filly Faytina will be fresh-up in the Tokoroa Club (INC) 1050 and Cameron is hoping she can get back to her debut form, where she placed over the same distance at the Waikato track.

“She went a super race first-up and then was a little bit disappointing in her next start. We freshened her up and this is really instead of a trial,” Cameron said.

“If she races like she did first-up she should be competitive.”

“He had a couple of weeks out and he is going to race next Saturday at Tauranga in the mile (Group 2 Ultimate Mazda Japan Trophy) fresh-up, and then hopefully onto the Easter Handicap (Group 3, 1600m).”