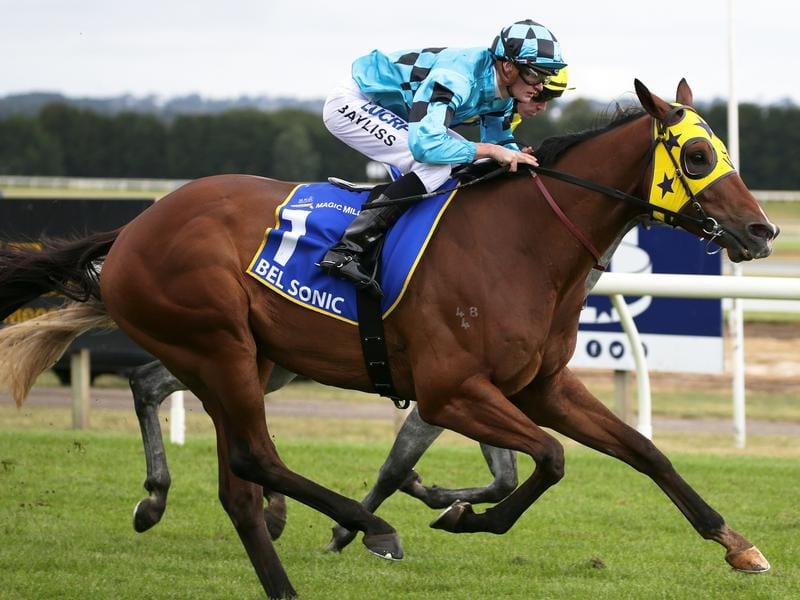 Four-year-old Bel Sonic has returned in style with a last-to-first victory in the Magic Millions 3&4YO Classic at Ballarat.

Having his first start since July in Saturday’s $100,000 race over 1100m, Bel Sonic ($9), ridden by Regan Bayliss, tracked $2.90 favourite Platinum Angel before overhauling the mare late to win by a long neck.

“We were confident in the horse and I was happy with him coming into today.

“I think it’s probably the best we’ve had him for a while.

“We’ve had a bit of feet trouble with him but he came back after spelling in Queensland in great order and he’s a much more mature horse now.”

Bel Sonic was taken to the Gold Coast in January for the Magic Millions Guineas where he was unplaced.

Warren plans to take the gelding back there for either the Magic Millions Cup or the sprint race on the same program on January 12.

“Now he’s back in good order we’ll go up there and have another go,” he said.