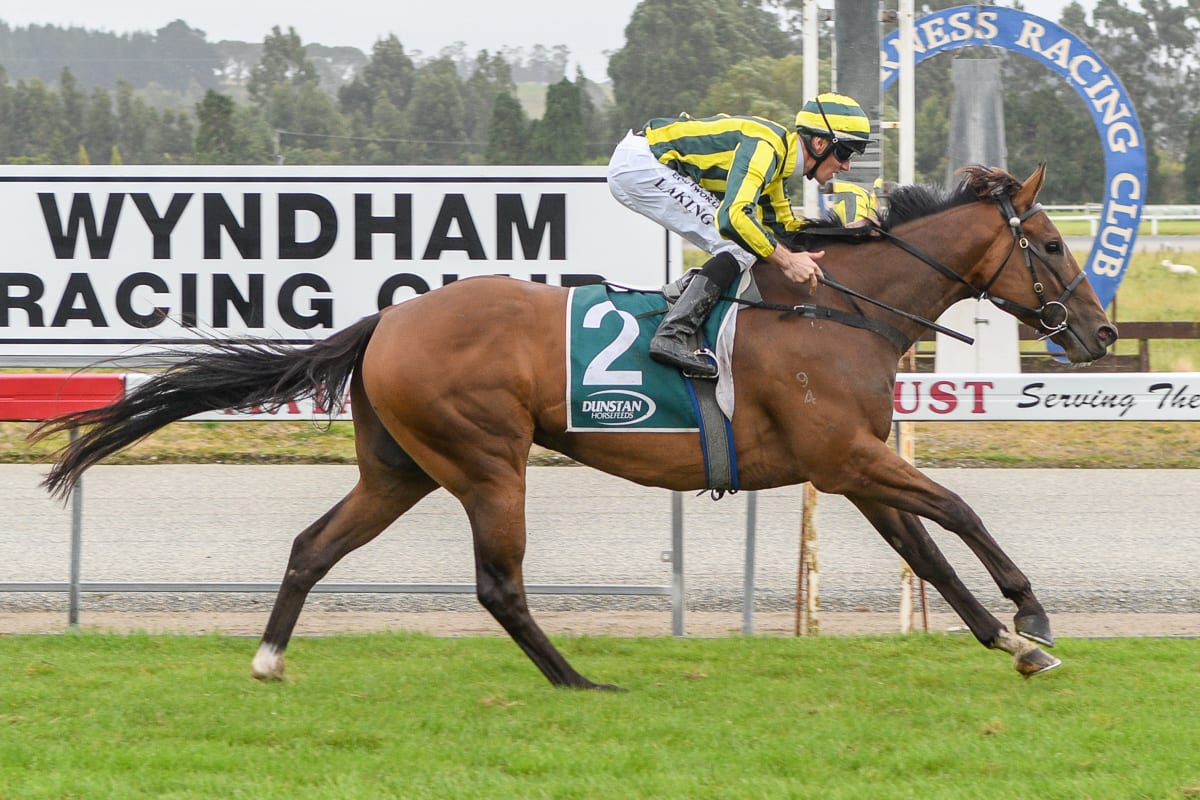 The Ross Beckett-trained Blair Flight will meet a Heavy track for the first time when he lines-up at Riccarton on Saturday, but that hasn’t deterred TAB bookmakers. The Petone pundits have installed the five-year-old gelding as a $5 favourite in the Janet Francis Handicap (1400m) ahead of Apellido and Newmarket at $5.50.

The son of Zacinto recorded an effortless win on a Slow7 track at Gore prior to lockdown and Beckett is interested to see how his charge handles the wet track. “He hasn’t had a race in a while, but he is well forward in his work. He won quite nicely prior to lockdown,” he said. “He got a wet track at Gore when he won last start. The breed doesn’t usually like the wet tracks, but the Zacinto’s do, so we are going to find out on Saturday.”

Blair Flight finished runner-up in his 1000m trial at Rangiora earlier this month and Beckett is hoping some changes to his training will benefit him on race day. “It was a good trial,” he said. “We are just trying to get him to settle early. We have been doing a bit of work with him at home and just trying to get him off the bit because he pulls quite hard. “If we can get him off the bit early and save him up for the last bit on Saturday that would be good.”

Blair Flight will be joined in the race by stablemate Wanderin Over, and Beckett said she could be value at $16 for the win with TAB bookmakers. “Wanderin Over is well forward as well. She trialled very well at Rangiora (when finishing third in her 1000m heat). “They are hard to split, their work has been right up there.”

Beckett will also line-up two debutants on the 11-race card with Tank in the Angus Meats Two & Three-Year-Old Maiden (800m), and Lancaster Park in the Christchurch Casino 2YO+ Maiden (1200m). “Tank has had a second and a third at the trials. He hasn’t been good enough to win one yet, but he hasn’t trialled bad either. “Lancaster Park has had one trial for a win. The win did surprise me a little bit, because he is quite laidback, but he is a very nice horse. He is worth following over a bit of ground. “If they can run in the first four or five I will be happy enough.”

Beckett will also contest the Hygain/Mitavite 2YO+ Maiden (1000m) with Blue who he thinks will be competitive on the Heavy 10 surface. “I expect Blue to race pretty well fresh-up on a wet track,” he said.