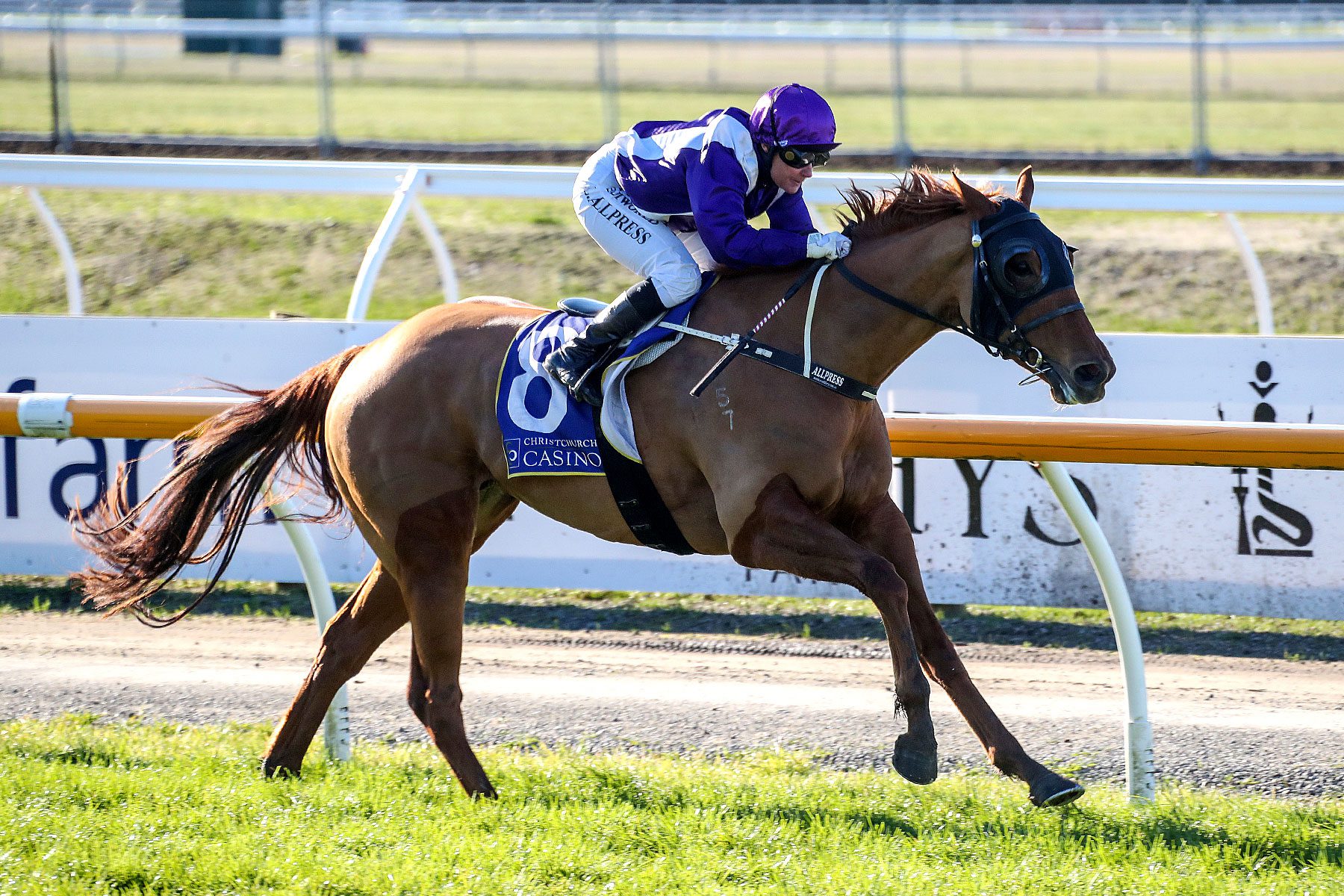 Chilly Filly continued her impressive run of form at Riccarton on Wednesday when winning the McMillan Equine Rating 74 (1000m).

It was her third win from five starts this preparation, with the four-year-old finishing runner-up in her two other outings.

Trainer Ross Beckett was pleased with Wednesday’s result and is contemplating backing her up in the Zilco Rating 74 (1200m) at Riccarton on Saturday.

“It was very good yesterday because it was a big step up. She has only had six starts and to win a rating 74 like that was very good,” Beckett said.

“She has done everything right this time in. She won a couple of trials before she raced and she has collected a cheque every time she has been to the races this time in.

“She pulled up quite good after yesterday. We will make a decision on Friday night as to whether she will run on Saturday.”

The daughter of Swiss Ace made her debut last July when finishing ninth over 1000m at Riccarton and Beckett said she has matured a lot since then.

Saturday could be Chilly Filly’s final hit-out this year, with Beckett eyeing autumn racing with his charge.

“She is a big, strong filly now,” he said. “We won’t give her much more. She will go out until the autumn.

“Riccarton has a very good autumn carnival and something like that would suit her.

“I don’t think she will like a rock-hard track, she prefers to have a bit of rain on the ground. I am not saying it has to be as heavy as it was yesterday, but she likes a bit of sting out of it.”

Beckett will also line-up Paze The Power in the Ellie Stokes Trust Fundraiser Maiden (1400m) on Saturday and he thinks she is capable of chalking up her first win after three consecutive placings.

“Her work has been good,” he said. “She is much the same as Chilly Filly and won’t have much more.

“We will get through Saturday and see what we do, but a wee bit more time wouldn’t hurt her.”

Meanwhile, Beckett is looking forward to the spring with Beneficial, who had a pleasing autumn campaign, which culminated in a fourth-placing behind Group 1 Melbourne Cup (3200m) hopeful Beauden in Group 3 Canterbury Gold Cup (2000m).

“She has been back in work for about three weeks,” Beckett said. “She is honest and is always competitive when she goes to the races.

“We will just get her ready for Cup week.”