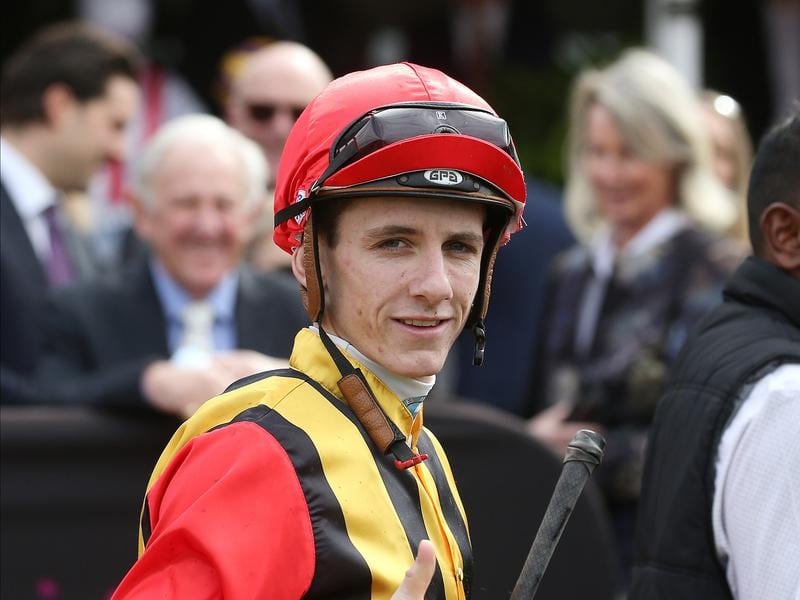 Jockey Beau Mertens has answered a call from Singapore and will ride at two upcoming meetings on a short-term licence.

With a number of local riders out through suspension, Mertens was approached to ride in Singapore at meetings on Friday night and Sunday.

“Matt Hyland approached me as I walked into the races on Wednesday and said there was a shortage of jockeys up there,” Mertens said.

“I didn’t have many rides lined up for Turnbull Stakes day (Saturday) so I thought and go.

“You don’t get offered to go overseas too often so it’s a good opportunity.

“It’s probably not the right time of year that I’d be wanting to head over there, but it’s only for the weekend, so I’ll go up there and give it a try.”

Mertens has ridden overseas once before, representing Australia in an apprentice jockeys’ series in France.

He said that was a good experience and he was looking forward to the weekend of riding.

“At this time of year it gets very hard and the jockeys are competing at a high level so it makes it difficult to get rides,” he said.

“So when this came up I thought I’d take it while I can and see what I can get out of the experience.”

“There’s been a number of jockeys rubbed out up there so Terry asked who might be available,” Hyland said.

“It’s a good opportunity for Beau so hopefully he gets a few rides and makes a good go of it.”