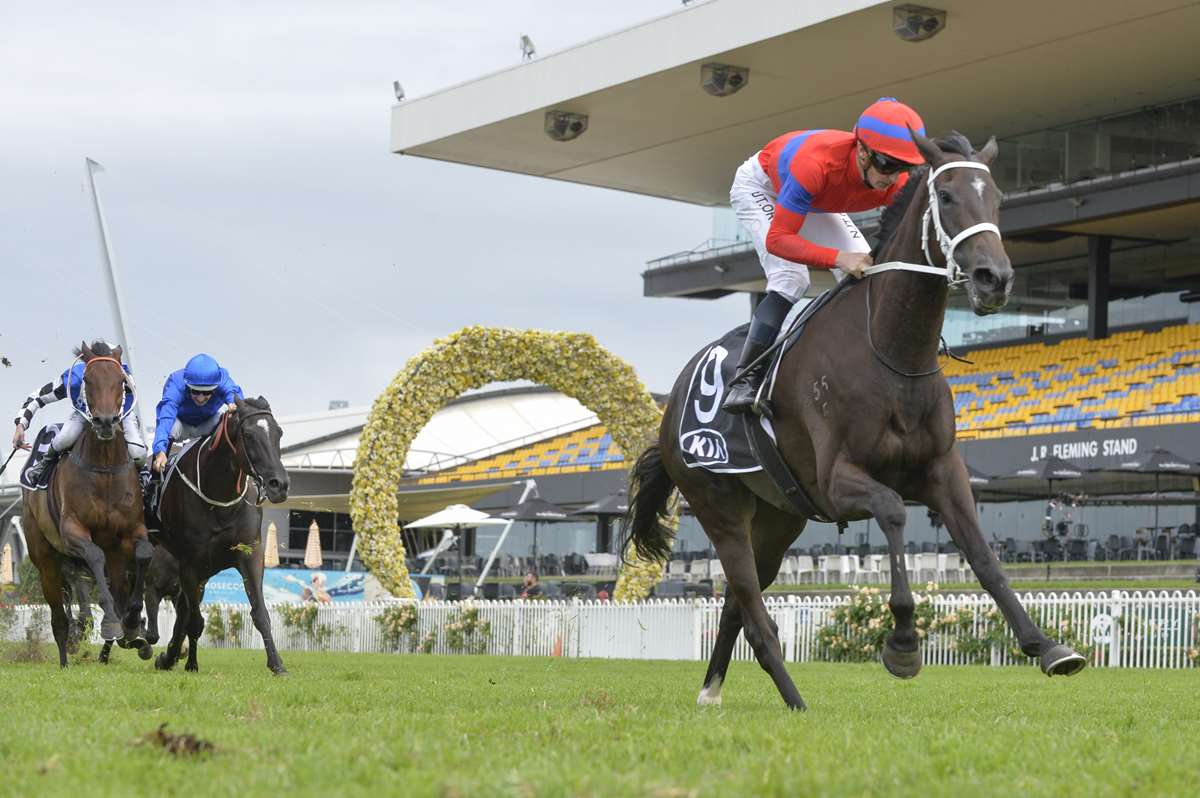 Verry Elleegant’s breeder and part-owner Don Goodwin can’t wait until the spring after her gutsy runner-up performance to English raider Addeybb in the Group 1 Queen Elizabeth Stakes (2000m) at Randwick on Saturday.

The Chris Waller-trained mare relegated Japanese Group 1 winner Danon Premium into third as she beat all but Addeybb in a star-studded field, netting a further $380,000 for connections as the daughter of Zed surpassed $3 million in career earnings.

Goodwin was delighted with the run, but lamented the presence of the William Haggas-trained Addeybb in Sydney this autumn, with Verry Elleegant also finishing runner-up to the son of Pivotal in the Group 1 Ranvet Stakes (2000m) last month. “It was a great run by Verry Elleegant, it’s just a pity about that English bugger,” Goodwin quipped. “She settled very nicely. Nash (Rawiller, jockey) got her out and had her on a loose rein straight away. “Her last 100m she just motors. She had to, but he (Addeybb) beat us fair and square, as he did the first time (Ranvet). That’s two Group 1 seconds to the English horse now, but that is the way it goes.”

Goodwin has been delighted with Verry Elleegant’s autumn preparation. “A Group 1 win (Tancred Stakes, 2400m) and three Group 1 placings from five starts, you have got to be pretty happy with that,” he said.

The New Zealand-bred mare is now likely to head to the spelling paddock in preparation for a spring preparation that could include a tilt at the Group 1 Melbourne Cup (3200m) in November. “It is the fifth start this preparation, so I would imagine she would go out for a spell now,” Goodwin said. “We will leave her spring targets to Chris Waller, everybody knows how astute he is. But I am sure the Melbourne Cup is where she is going and it would be bloody beautiful if the internationals didn’t come.”

Goodwin is also looking forward to the future with a number of Verry Elleegant’s siblings. “I have just been speaking with Mark Corcoran, the stud master at Grangewilliam. I have got a colt foal in the paddock who is a full-brother. “I said if anyone makes an inquiry they are not going to get him for anything less than $200,000.”

Goodwin sold a full-brother to Verry Elleegant at New Zealand Bloodstock’s National Yearling Sale in January and he said the new owners should be over the moon with their purchase given her recent results. “I would imagine Bob Peters in Perth is laughing all the way,” Goodwin said. “He only paid $140,000 for the full-brother at the yearling sales and he was a spectacular horse. Good on him, I will be following him with a lot of interest.”

While Goodwin was unable to be on course to watch Verry Elleegant race on Saturday due to Covid-19 restrictions, he said he is hoping the pandemic is well in-hand by spring so he can watch his pride and joy race live once again. “I am just hoping this coronavirus finishes, so I can be in Melbourne in the spring,” he said. “We were there last spring and a year ago in Sydney when we won the Oaks. That was Chris Waller’s 99th Group 1 win and Winx came out in the next race to win his 100th in the Queen Elizabeth, that was a great experience.”