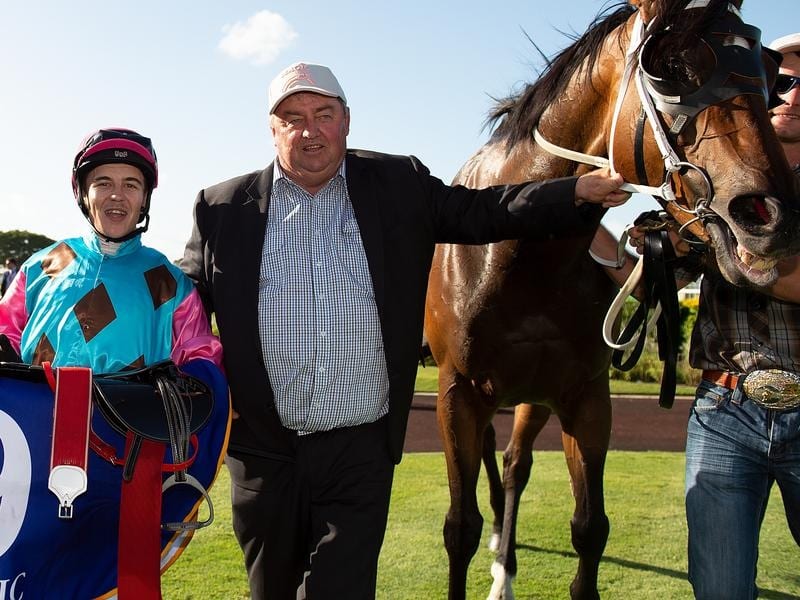 Magic Millions day always produces a story of a battlers beating the odds and this year it could well be the jockey/trainer combination of Luke Tarrant and Kevin Kemp.

Tarrant made his name on Magic Millions day and can now boost his career on the anniversary with two rides for Kemp.

He rode his biggest winner when Le Chef won the 2015 Magic Millions 2YO Classic.

In the four years since Tarrant’s career could be described as a roller coaster being littered with suspensions and “retirements”.

But since coming back from a break in the middle of last year Tarrant has rebuilt his reputation.

He scored his biggest win since his return on the Kemp-trained Sold For Song in the Buffering Quality two weeks ago and he will again partner her in Saturday’s $1 million Magic Millions Cup (1400m).

Tarrant will also ride Plumaro for Kemp in the $2 million Magic Millions Guineas.

Kemp is a big fan of Tarrant and believes he suits his horses.

“Both my horses get back and run on so they need luck. But Luke seems to be able to get them in the right place,” Kemp said.

Sold For Song cost only $2500 and was not paid up for the Magic Millions series but got into the race by winning the Buffering.

Plumaro is one of the smallest horses in work in Queensland but Kemp says she has a big heart.

“The 1400 metres should suit her on Saturday so here is hoping. She is the forgotten horse of the race,” he said.