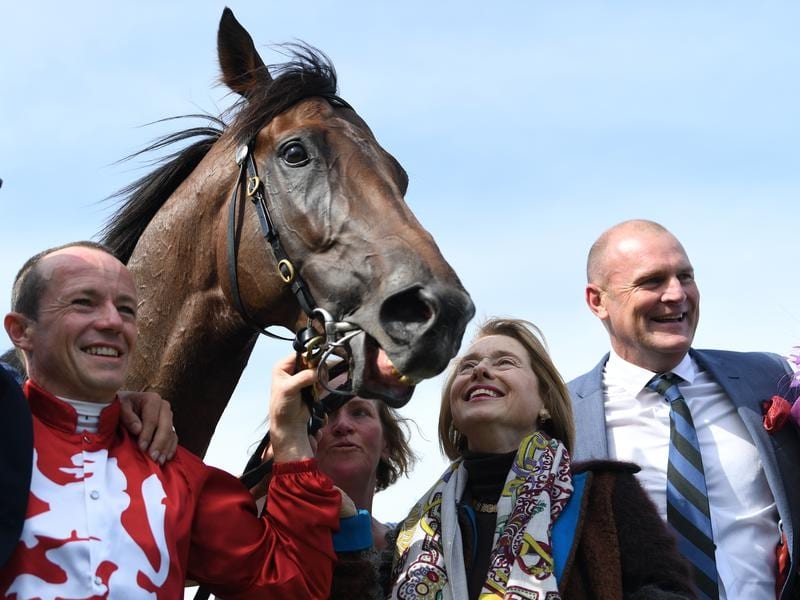 Jockey Stephen Baster has learned over a long period not to second guess Gai Waterhouse.

More times than not she has been proven correct and so Baster is happy to jump aboard Runaway in Saturday’s Pakenham Cup.

While most runners have been sent for a spell after the Melbourne Cup, Runaway has been kept in work.

After winning the Geelong Cup two starts ago, Runaway finished 19th behind Cross Counter in the Melbourne Cup.

Baster said Waterhouse, who trains in partnership with Adrian Bott, did not see a lot of suitable staying races for Runaway and there were two options for the stayer.

One was to run in Saturday’s race, the other to head to the paddock and wait.

“She said it was worth giving him another chance,” Baster said.

“She’s the trainer, she knows what she’s doing and I’m happy to go along with it.”

Baster rode Runaway in the Melbourne Cup and has ridden him in work since.

Once was in an 800m jump-out at Flemington which Baster said was too short, but he was happy with the outing.

“Over the half-mile they were too quick for him but I kept riding him through the line,” Baster said.

“A furlong after the line he was in front of them but they were all pulling up.

“He seems to be going good but in the back of your mind is the hard campaign he had.”

Baster sees Saturday’s 2500m as being more suitable than the 3200m of the Melbourne Cup.

“He had every chance in the Melbourne Cup and with maturity he might run the two miles in the future,” Baster said.

Runaway is rated a $14 chance at Pakenham with Dal Harraild the $2.70 favourite ahead of Ballarat Cup winner Kiwia at $4.40.