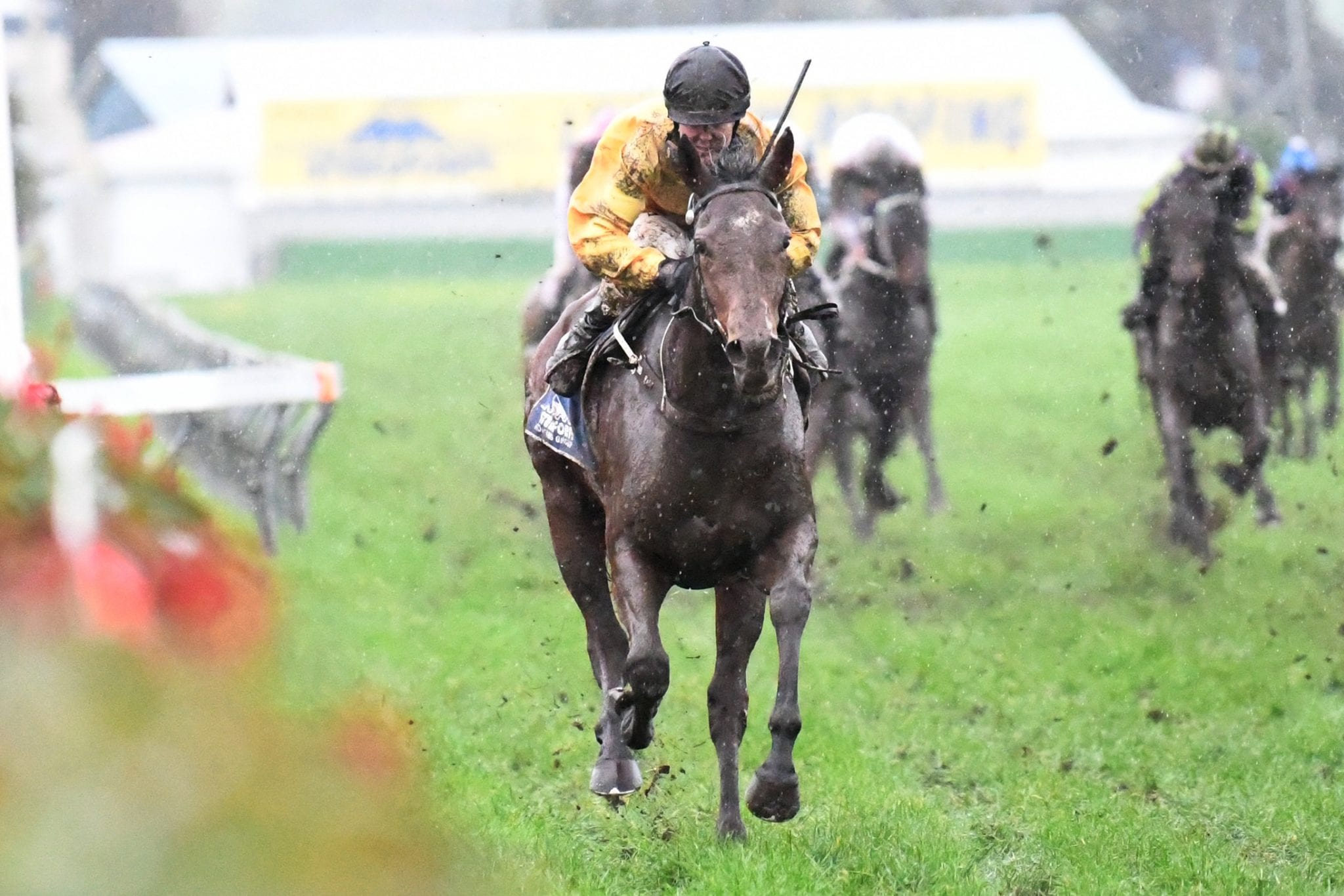 Hastings trainer John Bary will take a trio of runners north to Taumarunui Racing Club’s meeting at Arawa Park on Saturday and he expects a bold showing from each of his runners.

Three-year-old filly Louboutin will be looking to make it three wins on end when she lines up in the Taumarunui & Districts RSA 3YO (1400m). The Kevin Hickman-owned daughter of Jimmy Choux has thrived in the heavy going this winter, winning two of her three starts on the surface and placing in the other, and Bary said similar conditions will suit her tomorrow. “Obviously she can swim, they were pretty wet tracks,” he quipped. “She has found another foot in the wet conditions.”

Bary is pleased with her ahead of Saturday, particularly after recovering from a stone bruise, and he is looking forward to testing her against an in-form field, which includes stakes winner Bobby Dazzler. “She had a bit of a stone bruise after Wanganui, but saying that, she is the same weight she was when she won,” he said. “She looks good and she is still holding her condition in her coat. “It is a better quality of horse there tomorrow, but it’s a nice test for her to see if she can take that next step up.”

Louboutin is a $3.60 second favourite with TAB bookmakers for Saturday’s contest behind Bobby Dazzler at $3. Saturday will be Louboutin’s last race this preparation and Bary believes she is capable of a Group 3 Winter Cup (1600m) campaign next year. “She has been up all season, she is handling it well, but win, lose or draw this will be her last start this season,” Bary said. “She will head home to the stud (Valachi Downs) for a well- deserved break. “She looks a really nice winter horse over the coming seasons. She’s a Valachi horse and they will put her aside and target some loftier goals like a Winter Cup potentially next season.”

Meanwhile, stablemate Smokin Oak will contest the Bob & Colleen Donaldson Memorial 1215 and Bary said the four-year-old gelding can be forgiven for his unplaced performance at Wanganui earlier this month. “He’s another one who blew out a really bad stone bruise. I think that is why he was very angry in the running and going down in the prelims. “He has been good, his coat looks great and he can handle the wet track. He had a wind operation too, which we publicised in the late spring and that has helped him immensely. “I expect a run similar to two starts ago (when winning at Wanganui).”

Raced by the Burger Boys Syndicate, Bary is hoping to get the son of Burgundy to the Hawke’s Bay Spring Carnival next month. “He will just keep going and we will race him sparingly and try and get him into one of the spring races here at Hastings for the syndicate,” he said. “I think he has got the ability. He is a little bit quirky and has got to do everything right, but we’ll get through tomorrow. If he runs well then we will target something in the spring carnival.”

Bary’s last runner of the day, The Cossack, will return to flat racing on Saturday when he lines-up in the Golden Kiwi 2200m. The Mastercraftsman gelding’s two previous starts were over hurdles, for a fourth and a second, but Bary has elected to return to the flat with the lure of better prizemoney on Saturday. “We thought we may have had him sold as a jumper, but it didn’t eventuate,” he said. “He is a really happy horse. He is very well and is working great. I own him, I am holding the ticket on him. They are running on the flat for $22,500 as opposed to $10,000 (for hurdles), so I prefer to run for money.”

While he will race on the flat this weekend, a return to jumps racing is still in the offing for the five-year-old. “We’ll maybe target a jumping race in the next two or three weeks,” Bary said. “But he has found a new lease on life with the jumping game. He just loves it and that has helped him in his flat work.”