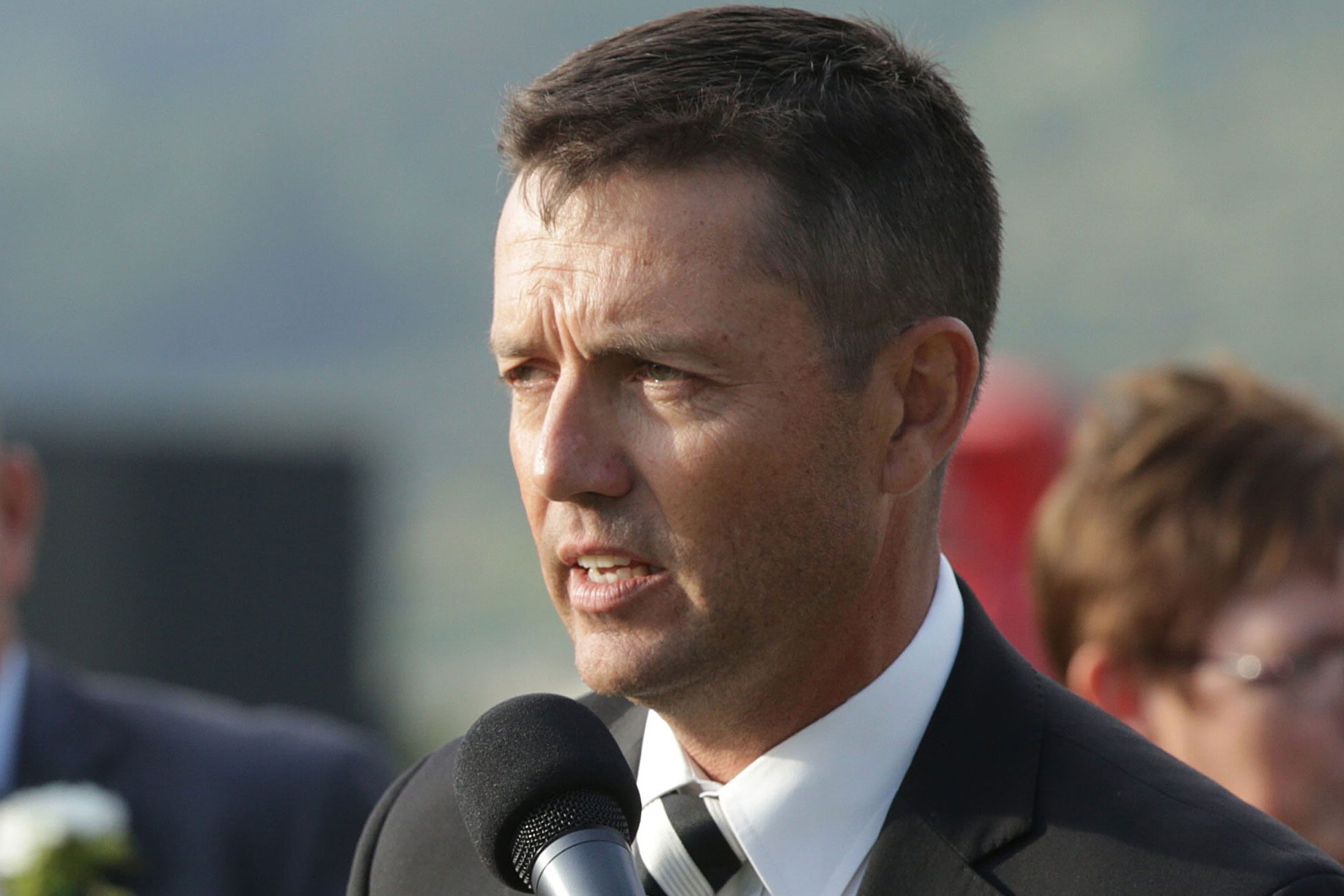 New Zealand trainer John Bary was proud as punch watching on from afar as his former three-time Group One winning sprinter-miler Callsign Mav made his elite-level breakthrough in Australia at Caulfield on Saturday.

Having his sixth start under Victorian trainer Danny O’Brien, Callsign Mav was galvanised under a perfect Jamie Mott ride to score a determined victory in the Group 1 Sir Rupert Clarke Stakes (1400m).

Bary remains in the ownership of the son of Atlante, who cost just NZD$3,000 as a Karaka weanling from the draft of Windsor Park Stud.

The unassuming four-time Group One winner now has just under AUD$1.4 million in the bank with a Trans-Tasman syndicate that are loving every minute of the Callsign Mav experience.

“I have won 12 Group Ones as a trainer and I don’t think I have been as excited as I was on Saturday, I was jumping around the living room like a ten-year-old,” Bary said.

“It was a different feeling. I was at home with Laura and the kids and we were jumping around like idiots.

“When you win a Group One as a trainer, you are just relieved. But when you win as an owner it is just pure enjoyment and you can see why people own racehorses.”

Callsign Mav’s triumph provided popular heavy-weight jockey Jamie Mott with his first Group One win and Bary saw parallels between horse and both current day rider and his former jockey.

“He is just a tough warrior and when I think of Mav, I think of Jonathan Riddell and I think of Jamie Mott, they are all one and the same, they are just street fighters,” Bary said.

“He is not a glamour horse but that is only people’s opinion. People have opinions and the horses have the facts, and the fact is he has four Group Ones to his name. He just goes about his business and goes under the radar.”

Bary has enjoyed the experience with Danny O’Brien, who has stables at Flemington, Geelong and 13th Beach.

“I had met Danny and Peter Moody at the Karaka sales through Mark Chittick of Waikato Stud and I was happy for the horse to go to either,” Bary said.

“Mav was always going to go when he was ready mentally to be based in Australia.
He had a shot at a Cox Plate (Group 1, 2040m), a race in which we had finished second with Jimmy Choux.

“With Danny having a barn at Flemington, knowing that leading into the Cox Plate, I wanted Mav to have a look at The Valley two or three times, it was only 20 minutes away on the truck.

“I also liked his beach set-up, knowing that he could go from Flemington down to a place like that.

“While we had a shot at the Cox Plate and couldn’t pull it off, I did a deal with Danny for him to stay on there and I get to sit back with no pressure and watch the horse, Danny and his staff have done a great job.”

Bary also got a kick out of seeing his stable colours of gold, black cap with gold tassel carried to victory, with the historic Stead silks back in the Victorian Group One winner’s circle after more than a century.

“It was just fantastic. The colours have won a Melbourne Cup (with Sasanof) last century and an AJC Derby and now they have won a Sir Rupert Clarke this century,” said Bary, a Great-Great Grandson of George Gatenby Stead, an inaugural inductee into the New Zealand Racing Hall Of Fame in 2006 as a prominent owner and administrator.

Having won a Group 1 Rosehill Guineas (2000m) with Jimmy Choux, Bary harbours a strong ambition to get back to Australia with the right horse.

“Every day you are looking to try and improve, whether it be your systems, your horses and even your staff,” Bary said.

“If you don’t keep trying to achieve, you are just going backwards.

“My Racing Manager Mike Sanders and I had a meeting earlier in the season saying we have to find another one to get back to Aussie again and test ourselves. That is what it is about, testing your judgement when you think a horse is good enough to compete in Australia and then doing it.”

The astute horseman has a couple of quality gallopers under his watch at present, headed by high-class three-year-old filly Best Seller and recent stable addition Spring Tide, with the six-year-old finishing runner-up in the Group 1 Tarzino Trophy (1400m) at his first start for the stable.

“The step up in distance for Best Seller when she heads to the Hawke’s Bay Guineas (Group 2, 1400m) looks made to measure and obviously we take on Dynastic, which is a nice challenge,” Bary said.

“Spring Tide has come through his race really well and is just a happy horse so, while I know previously he hasn’t got the mile, I think he will get the mile this time around in the Arrowfield (Group 1, 1600m).”