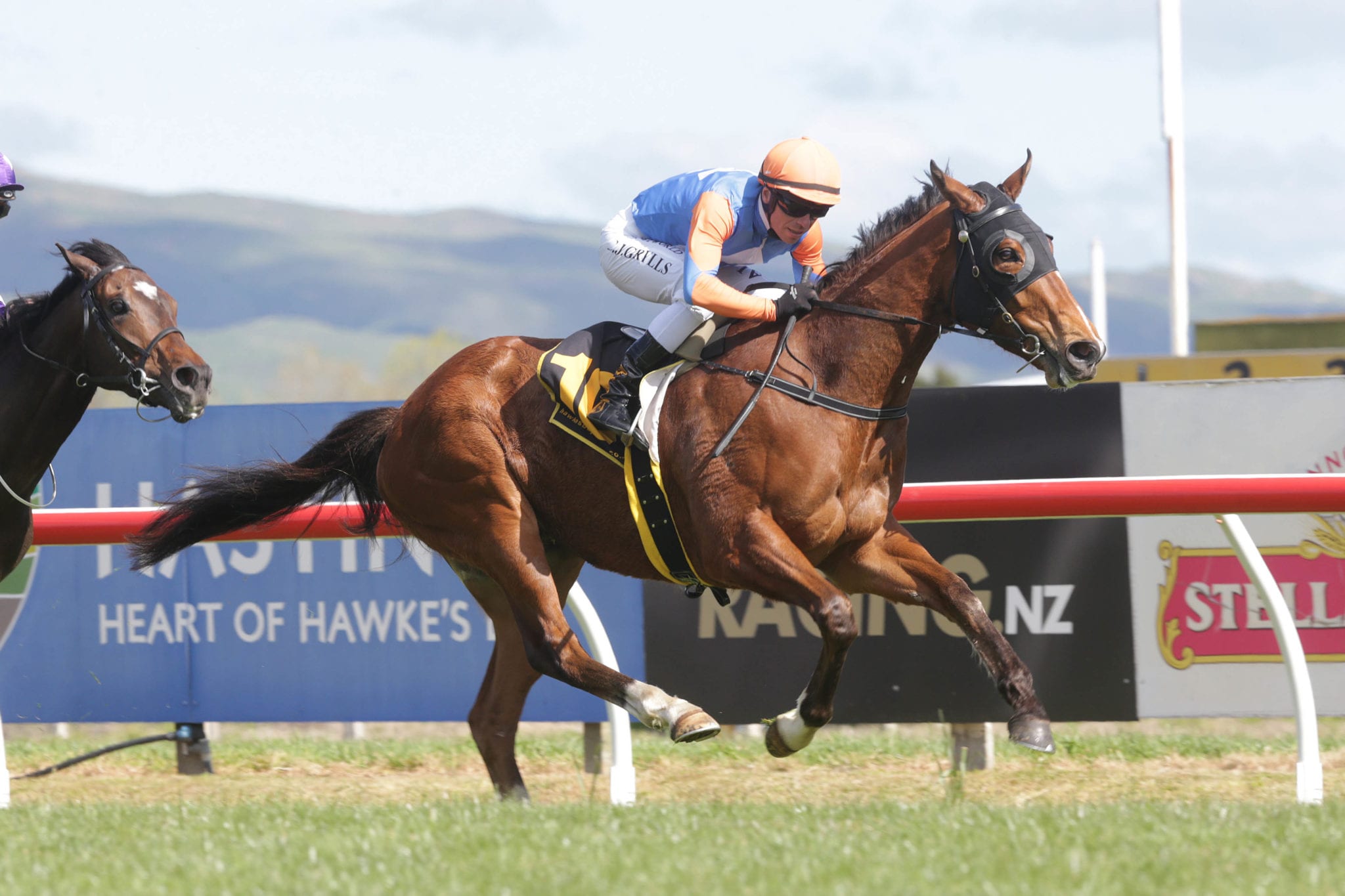 Hastings trainer John Bary would have preferred another week of conditioning under Callsign Mav’s belt heading into Saturday’s Rich Hill Stud Premier 3YO (1400m) at Awapuni but expects his charge to be competitive nonetheless.

The Atlante gelding has already shown his class with two wins in his five starts, including a second placing to gun three-year-old Catalyst in the Group 2 Hawke’s Bay Guineas (1400m) at Hastings and a last-start midfield finish in the Group 1 2000 Guineas (1600m) at Riccarton.

Bary again has his eyes fixed on a Group 1 target with Saturday’s set-weights and penalties event a suitable leadup to the Levin Classic (1600m) at Trentham on January 11. “I would probably have preferred one more week and two more gallops going into this one but the way the race falls, three weeks out from the Levin Classic and with his points on 77 and it being at set-weights and penalties, this race fits well for him,” Bary said.

Callsign Mav had a brief break after the 2000 Guineas but won a jumpout at Hastings last Thursday with Bary removing the blinkers he wore when last racing. “It just meant he knew where the other horse was (in the jumpout) and where the line was and he was able to nab him on the line,” said Bary, who has also added a crossover noseband to Callsign Mav’s gear for Saturday. “We just didn’t want the blinkers on fresh-up knowing he’s a touch vulnerable but we can always put them back on next time if we feel he needs them. He’s a really happy horse and he’s as well as we could get him after the freshen up.”

Bary attributes Callsign Mav’s below-expectations 2000 Guineas finish to the long-striding three-year-old not feeling comfortable on an irrigated track that he described as “firm but shifty”. “It was chipping out and he just couldn’t quicken. I don’t like saying it but I feel the track played a part in him running like he did,” Bary said. “He’s going into Saturday’s race a touch underdone but I still like to think he’d get there on class alone.”

Hamilton visitor Mascarpone is the TAB’s $2.80 favourite ahead of Callsign Mav at $3 for Saturday’s race, while Callsign Mav sits at $21 for the Levin Classic in a market headed by Harlech and Riodini at $4.