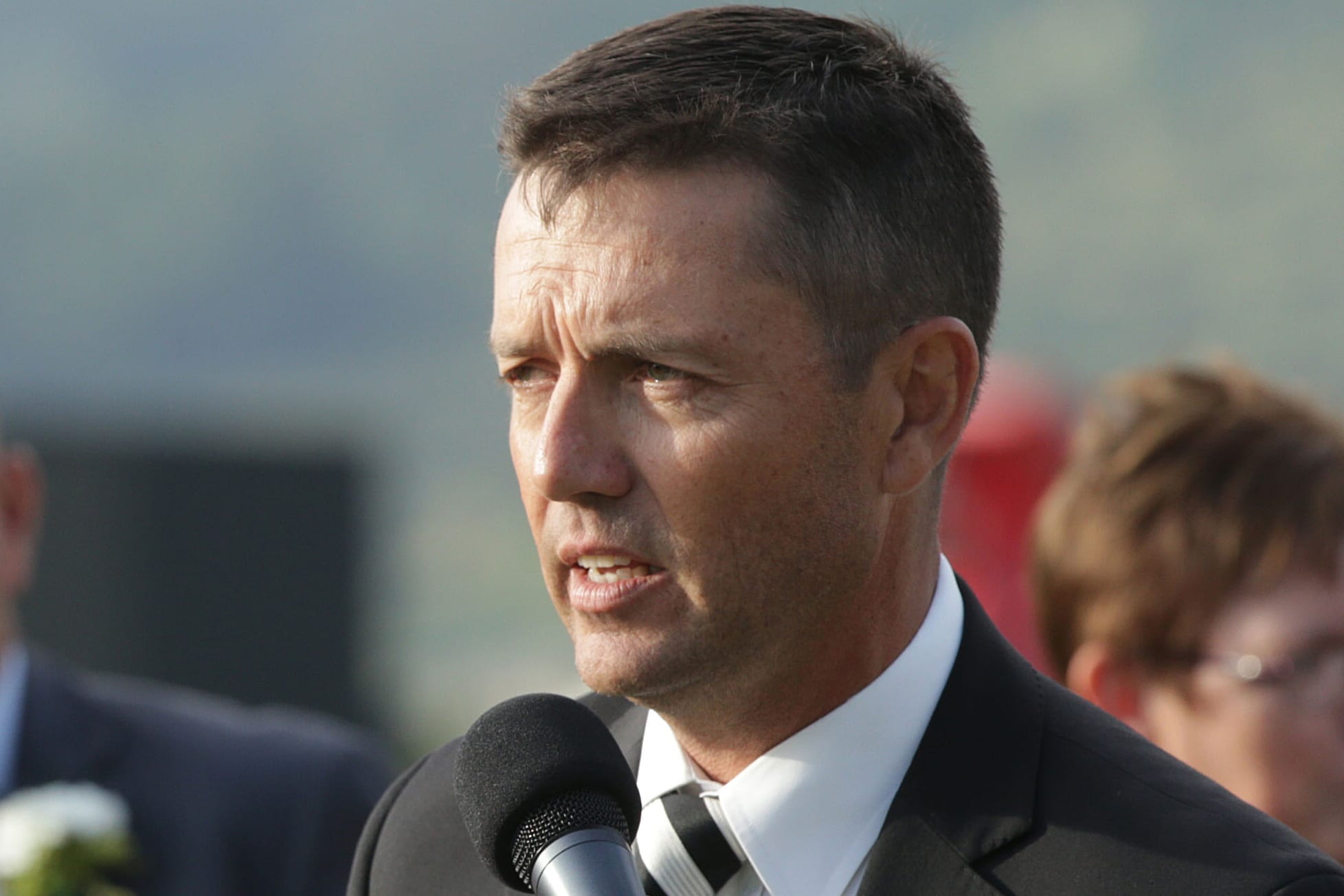 Hastings trainer John Bary is looking forward to getting back trackside at Hastings on Sunday after an eight month absence. While he spent much of that time away as a result of COVID-19 enforced measures, Bary underwent back surgery in September which resulted in him missing stable runner Callsign Mav’s win in the Group 1 Tarzino Trophy (1400m) and placing in the Group 1 Windsor Park Plate (1600m).

“I am hoping to be on course on Sunday,” Bary said. “It has been about eight months since I was on course last on Oaks Day, so I am looking forward to it.”

While Bary was unable to be on course to witness Callsign Mav’s first Group 1 victory, he is hoping it won’t be the last, citing the son of Atlante has returned better than ever after a freshen-up. “He has had three weeks off and he has come back bigger and stronger,” Bary said.

“He has put on 20 kilos since his last race, which is nice. He has had a couple of gallops, he galloped this morning and is coming to hand well. “I am very happy with him. He has grown as well, he is about 16.1 hands now. The break has done him the world of good.”

Callsign Mav will likely make his raceday return next month at Awapuni where he will target the Group 2 Kevin Pratt Memorial Manawatu Challenge Stakes (1400m). “He will either trial next week or he will have an exhibition gallop at Awapuni on November 21. He will then trial in December on the eighth and race on the 19th,” Bary said.

While Bary is excited about the future with Callsign Mav, he is looking forward to being on track at Hastings on Sunday where he will line-up five runners, headlined by Serena in the PGG Wrightson Waipukurau Cup (1600m). The four-year-old mare has had two lead in runs, for a fifth and a third-placing, and Bary is looking forward to testing her over a mile for the first time.

“I have been thrilled with both runs,” he said. “It was a good fifth on the first day fresh-up and I thought the third was very good on a track (Slow8) that doesn’t suit her, she just likes a bit better track. “She was the first off the bridle at the 600m but she kept coming and I am really happy with her. “It will be her first time up over a mile and we will see what she has got.”

Stakes targets are on the horizon for Serena if she shows she can handle the mile distance on Sunday. “I just want to see if she gets the mile and then if so that opens up a few more doors and we will take her up through the grades,” Bary said. “Races like Tauherenikau (Listed Wairarapa Thoroughbred Breeders’ Stakes, 1600m) or the Cuddle Fillies and Mares race (Group 3, 1600m) are options. We will just try and get some black-type.”

Bary will also line-up a couple of debutants on Sunday and he said he is particularly pleased with promising three-year-old Zakhan, who will contest the Carrfields Livestock 1400. “Zakhan I have got a lot of time for,” Bary said. “He is a beautiful Mongolian Khan colt and he is one of those potential Derby horses. “But he will need the run, he needs to learn what to do. He is still putting it all together and he will be up to a mile in his second start. “Once he gets up over ground he is potentially the real deal.”

Zakhan will jump from barrier 10 with jockey Jonathan Parkes aboard and Bary said they will let the colt dictate where he wants to run. “In the trials we experimented a bit,” Bary said. “We have been trying to ride him back to educate him but he just over-raced and fought and didn’t like it.

“Last jumpout we just let him jumpout and do what he wanted to do and he just got nosed on the line by an older horse. “We are just going to play his game and let him do it his way now. He might just be found wanting on Sunday but he will improve quickly from it.”

Veloce Sorella is Bary’s other debutant and he said Sunday is more of an educational run for the filly. “Veloce Sorella needs the run,” he said. “She could do things wrong. She thinks a lot but we need to get going with her.”

Bary will also be represented by Cinzento in the AON Insurance Brokers 1400 and Bold Iris in the C R Grace/Central Lines 1300. “It’s the first time that Cinzento has got a decent gate (3),” Bary said. “So we will just let her do what she wants to do, whether it’s forward or back. We’re more inclined to drag her back because she can run some good times when she is back and relaxed, but we will let her and Parksy (Jonathan Parkes, jockey) do what they want to do.

“I have a lot of time for Bold Iris. It all went wrong last start. I am very happy to line her up and see what she has got on Sunday. “She has shown plenty on the training track and in jumpouts too. I expect a form reversal from her.”