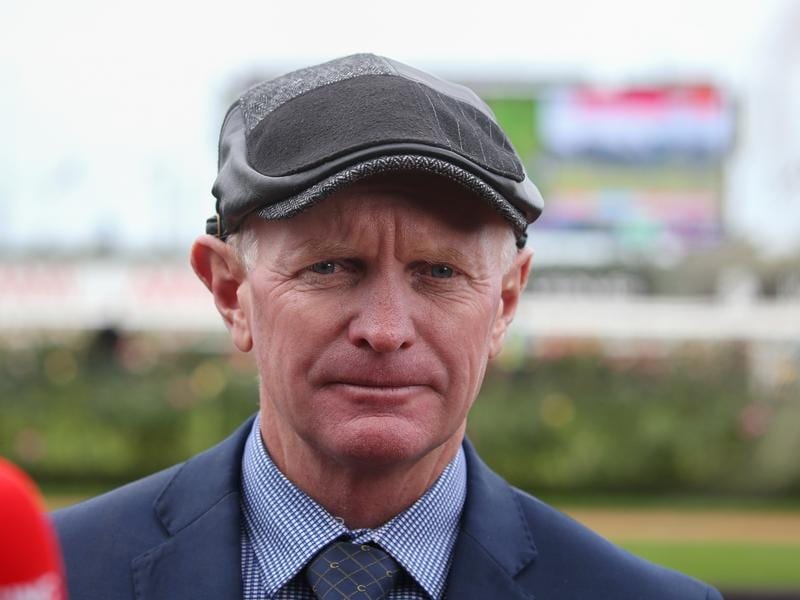 Phillip Stokes says it’s now time to test the water in Melbourne with Flying Krupt after her two successive victories in Adelaide.

The mare is an acceptor for Saturday’s Yuletide Handicap (1400m) at Flemington while Stokes is also considering starting her at Caulfield on Boxing Day against her own sex.

“I’m not against running her at Flemington but she drew a little bit wide (13),” Stokes said.

“She needs a firm track and even with warm weather ahead of Caulfield, that won’t sway me.

“If she gets a beautiful marble at Caulfield that’s where she’ll be running.”

Flying Krupt has been based at Stokes’ new Pakenham base since the second of her Morphettville victories at the start of the month.

Stokes said she had settled in well and worked strongly on Tuesday.

“She’s made a nice steady progression and we thought we’d test the water with her over here.”

Even if Stokes decides to start the mare at Flemington on Saturday, the trainer will be in Adelaide to watch debutante Done By Me race at Morphettville.

Stokes said the two-year-old had trialled nicely in preparation for Saturday’s race where she is pitted against five rivals.

“She’s nominated for the Blue Diamond so we’ll see how she goes,” Stokes said.

“She’s trialled very nicely and looks like she’s got some upside but it won’t be easy.

“But all the big stables like Hayes (Lindsay Park) and (Darren) Weir, they’re going over there now which makes it tougher.

“They’ve got so many horses they’ve got to split them up so they’re heading over to Adelaide as well.”