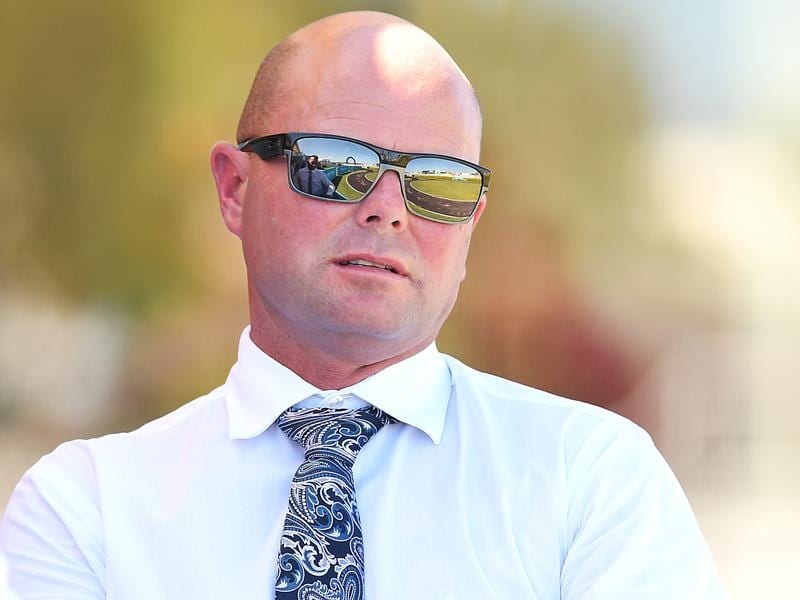 Trainer Matt Dunn believes talented Xanthus can break his maiden in the best possible way if he draws a good barrier in the $500,000 Aquis Jewel Two-Year-Old (1200m) at the Gold Coast.

Xanthus has been minor placed at both his starts and is one of 16 entries for Saturday’s inaugural running of the rich juvenile race.

At his first start Xanthus was second to Golden Slipper hopeful Vincere Volare at Doomben and then was never on the track when third in a Jewel Prelude at the same track last Saturday week.

Dunn has high hopes for Xanthus who cost $44,000 at the Magic Millions March Sales last year.

“He is gradually improving. He beat older horses in a trial and then he has been solid at his two races starts,” Dunn said.

“Xanthus was never on the track in the Prelude. It can happen in small fields and he was the victim this time.

“If he gets a good barrier he should be able to sit just of the pace and finish strongly.”

Xanthus is one of seven entries for the race by rookie sire Better Than Ready.

Ready To Roam and Perudo finished second in the two heats of the Jewel Prelude while Sugar Boom ran second in a maiden at Doomben on February 27.

Group One winner Music Magnate from the Bjorn Baker stable heads the 18 nominations for the Listed Goldmarket Quality on the program.