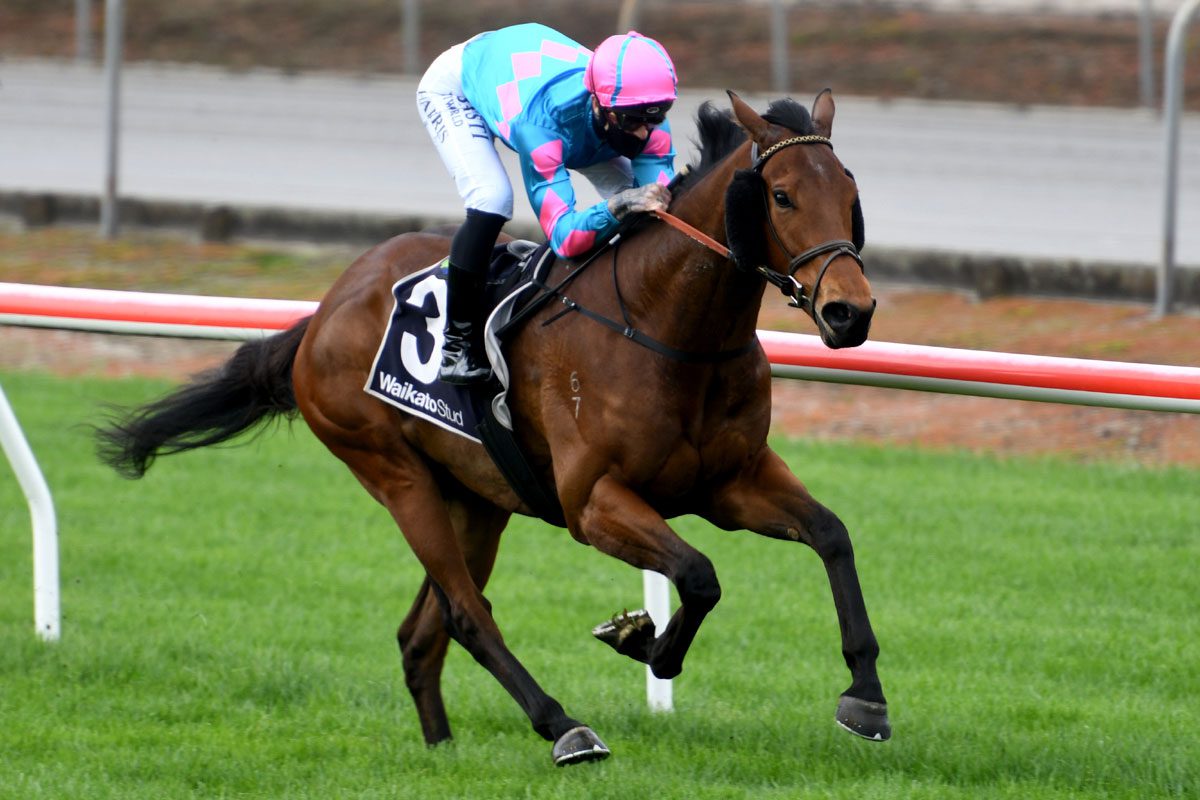 Progressive galloper Bari opened his spring campaign in similar style to how he finished off his three-year-old season when he trounced a handy field of rating 74 rivals over 1200m at Matamata.

The strapping son of Proisir won two of his last four starts to round out last season and thrived during a six-week break away from the track.

Fitted for his resumption on Saturday with a handy performance over 950m at the Cambridge trials earlier this month, the Margaret Falconer-trained four-year-old maintained his unbeaten fresh-up record with a devastating home stretch burst that saw rider Troy Harris ease him down in the final 50m, as he stormed to a five and a quarter-length victory on the Heavy10 surface.

Falconer had been confident she had her charge ready for a bold effort, but even she was surprised by the dominance he displayed.

“He’s taken time to strengthen up as he was still quite weak last season, but he did so well during his winter spell and has come up nicely in the last few weeks,” she said.

“He had won both times fresh-up before, so I was expecting him to go well.

“I also thought the 1200m may be a bit short for him, although it was an ideal opportunity to improve his racing manners as I didn’t think he could lead and sitting outside the speed will do him the world of good for the future.

“He still has a lot of maturing to do, but he is very genuine and when he does fully strengthen up, I think we have a fairly handy horse on our hands.”

Bred and owned by John and Jan Cassin, Bari is the third foal from Dubai Destination mare Destiny Cove, who won five races and was successful up to 2400m.

Falconer believes that pedigree will stand Bari in good stead as she looks to increase his distance load as he matures.

“At this stage he probably won’t race past a mile this campaign, but I think in the future he could get over more ground than that,” she said.

“His pedigree suggests that, although at the moment, his racing manners probably don’t fit that bill.

“Once he learns to settle a little better, we will look to get him over more ground.

“He had a good blow after the race yesterday but was really bright this morning and has come through the run well.

“He holds a nomination for the Coupland’s Bakeries Mile (Group 2, 1600m) down at Riccarton in November, so that is where we would like to work to with him.”

Bari sits at a +3000 quote in the Fixed Odds market for the Group 2 Coupland’s Bakeries Mile (1600m) with the Lance O’Sullivan and Andrew Scott-trained Dragon Leap and Cliff Goss-trained Gold Watch sharing favouritism at +400.

The victory provided the middle leg of a winning treble for Falconer’s boutique Cambridge operation with four-year-old gelding Chandler breaking his maiden status over 1550m on his home track at Cambridge on Wednesday, before Blue Moon produced her own maiden victory over 1400m at Tauranga on Sunday.