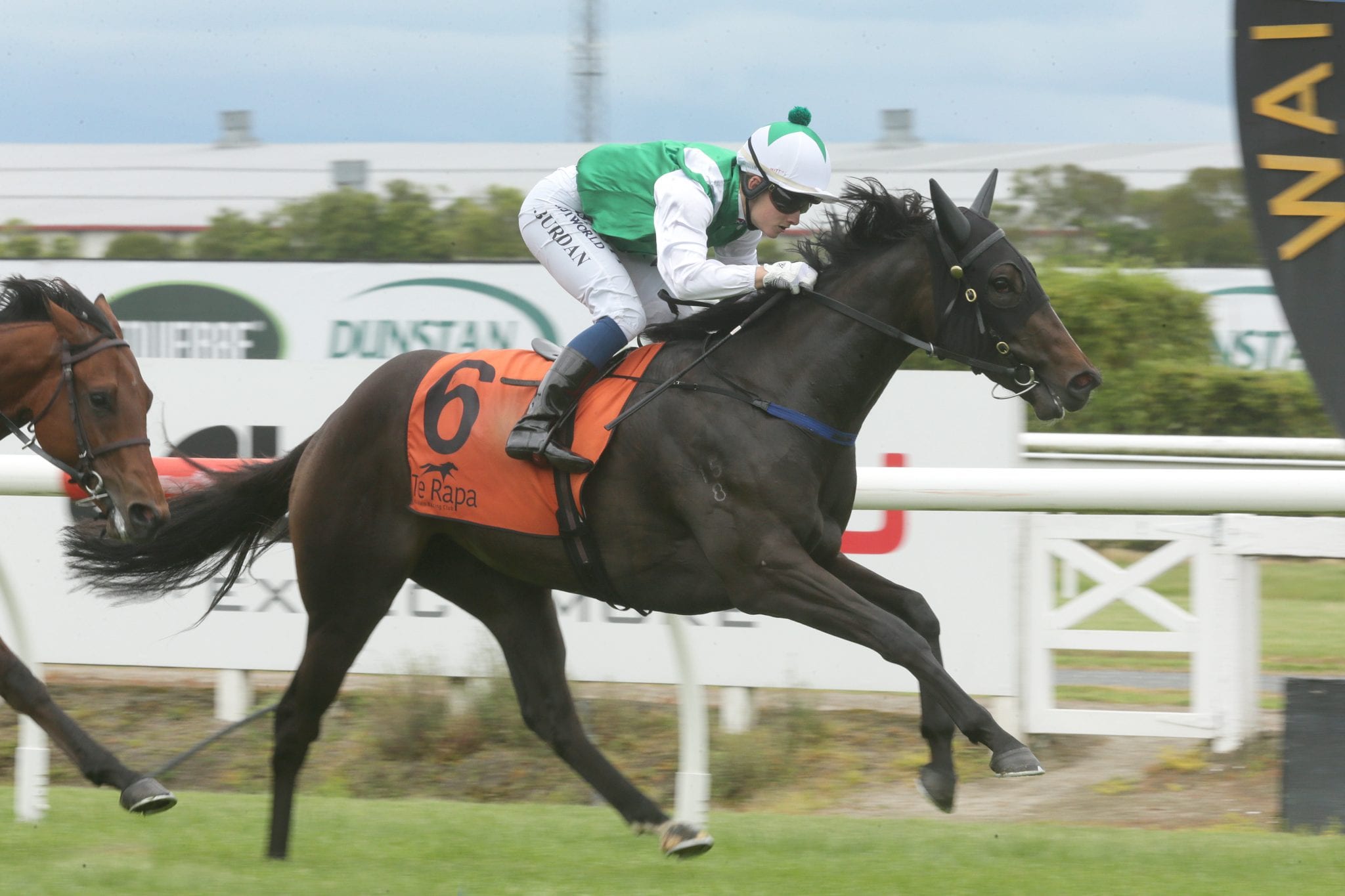 A perfect barrier draw and valuable raceday experience paved the way for gritty two-year-old Miss Ipenema to register her maiden victory at Te Rapa on Saturday. The Sacred Falls filly had finished runner-up in her first two starts but showed plenty of heart to kick back when headed to take out a juvenile 1000m dash over hot favourite Quattro Quinta.

Trainer Glen Harvey had spotted the nuggety filly during the 2020 National Yearling Sale at Karaka and after initially being passed in, he purchased her for $20,000 out of the Hallmark Stud draft. “I was looking through some of the passed in lots and her pedigree caught my eye,” he said.

“I really like the influence of Vain in a bloodline and I also saw she was a half to a good sprinter called Darc Bounty in Singapore. “I had a good look at her and there was just something about her that I liked so I ended up buying her.”

Harvey was impressed with the filly from the minute she entered his stable however he has had his hands full with the temperamental individual. “She is tough and can be quite the little witch when she wants to be,” he said. “At one stage she kicked me and broke my hand while I feel for the farrier as she loves to have a good bite at him when he’s working on her feet.

“She’s just very aggressive which is a trait that all the good fillies have so I’m not complaining at this stage. “I knew on Saturday when the favourite went up alongside her that she was in for the fight and she wasn’t letting him past. “It was also a ten out of ten ride by Chelsea (Burdan) who is in great form. “I don’t think she gets the acknowledgements she deserves for her riding and I’m more than happy to have her on any of my horses.”

With the $13,000 winner’s cheque in her back pocket, Miss Ipenema has now qualified for the $1m Karaka Million 2YO (1200m) at Ellerslie in January which will allow Harvey to pick and choose his battles as he gets her ready for the race. “She should safely make the Karaka Million field now so we can plan the best way to get her there without any pressure,” he said.

“She is a horse that likes her routine so we’ll probably just keep ticking her along rather than turn her out for a spell. “Being a filly I’m also keen to see her get some black type so we’ll try and factor that into the mix if we can. “I think at this stage we may go to Te Rapa on the 12th and then New Years day at Ellerslie for the Eclipse Stakes (Group 2, 1200m). “Once we’ve seen how she is going after that we can decide on a Karaka Million start.”

Harvey is delighted with how things have been going for him of late after a frustrating start to his training career in New Zealand following a four-year stint as an assistant trainer in Singapore. “It has really picked up lately and I’m starting to see the benefits of the hard work we have been putting in,” he said.

“It was quite frustrating early on as we seemed to keep striking bad barriers or tracks that didn’t suit so we couldn’t get that first win on the board. “I’m really fortunate that I’ve got a great client base including a really good group of local owners. “We’ve got ten two-year-olds coming through so that is quite exciting and something to look forward to over the next few months.”