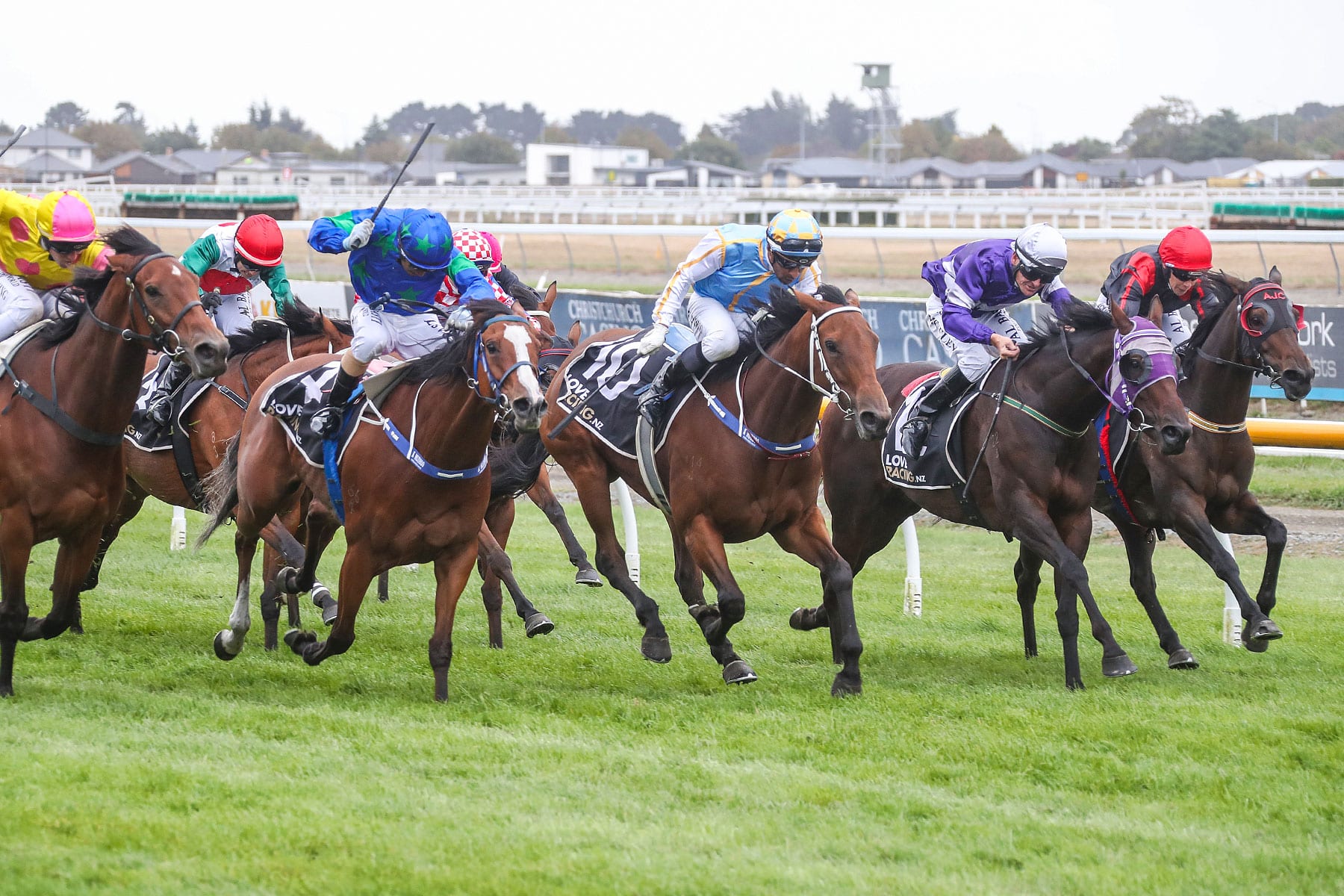 Underrated mare Out Of The Park upset the applecart when she produced a dogged late run to take out Saturday’s Group 3 Valachi Downs South Island Thoroughbred Breeders’ Stakes (1600m) in a blanket finish at Riccarton.

Handled confidently by Krishna Mudhoo, Out Of The Park burst to the lead over the concluding stages and held out the fast-finishing pair of Monza Circuito and Beneficial to cap a remarkable run of form since transferring to the Woodlands stable of Robert Dennis in December.

The Ocean Park five-year-old commenced her racing career from Tony Pike’s Cambridge stable where she failed to put a win on the board but collected a cheque from 12 of 19 starts before being offered for sale as a racing prospect on online auction gavelhouse.com. Current owners Mike Rennie and Jack Stewart outlaid just $14,000 to purchase the mare and sent her south to their good mate Dennis.

Both Rennie and Stewart are emerging young leaders in the thoroughbred industry, working for Waikato Stud and White Robe Lodge respectively. “I’m good friends with Jack and he had seen her on Gavelhouse and asked me about her,” Rennie said.

“She had always shown ability with placings in 10 of 19 starts, so when I happened to see her at Brendon McCullum’s place down the road and saw she was a ripper, I was keen to be part of it. “Robert (Dennis) has done a great job with her. He’s changed things up and fiddled with a few things and she has really turned the corner.”

Rennie said former owner McCullum was always one of the first to congratulate him via text. A first-up second placing at Riverton was followed by a win over 1600m at Wingatui for her new connections before she scored her second success two runs later over 2000m at Gore. Stepped up to rating 82 company the mare scored handsomely over 2200m back at Wingatui, prompting connections to aim her for the Listed Riverton Cup (2147m) next month.

That was until the current scenario involving the Covid-19 pandemic turned racing upside down, causing Dennis, Rennie and Stewart to have a rethink about their plans. “When she won at Wingatui last time we all decided that we would set her for Riverton and the Cup there as she was going so well,” Dennis said. “When this Covid-19 situation started to get pretty serious we thought it might be better to try for something a little sooner so we had a look around and settled on this race. “I’m pretty glad that we did.”

The victory provided a milestone for both Dennis — who is in his fourth season of training on his own accord after initially starting off in partnership with his father Tony and uncles Ray, Martin and Joe — and Mudhoo as it was the pair’s first success at stakes level. “I was pretty confident she had held on although it was desperately close,” Dennis said. “Because it was such a big race, I didn’t want to go the early crow but when I heard Matt Cross (commentator) say she had won, I nearly passed out.

“It is my first black-type win and the same for Krishna, so it is a pretty good feeling to have achieved it. “She is a mare that has had a few quirks and problems but she is in a small operation now where she gets to do her own thing and go out into a big paddock each day and I think that really suits her. “My trackwork rider Alex has done an amazing job with her so he deserves a lot of the credit as she is not easy at times.”

Dennis has no concrete plans for his charge although the Riverton Cup could still be a preferred option once he has spoken with Stewart and Rennie and taken time out to celebrate a career milestone.