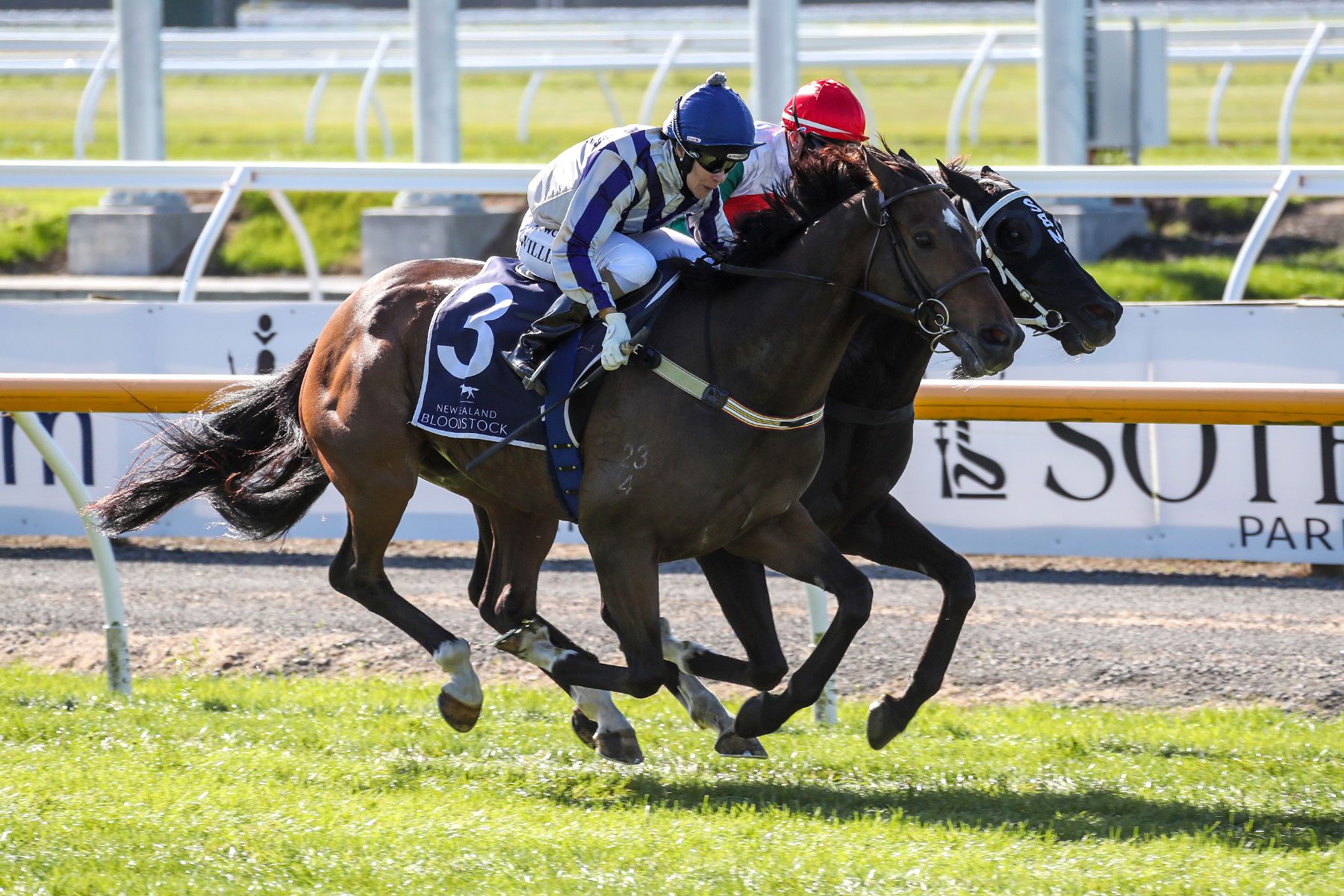 New Zealand trainer Lyn Prendergast still can’t believe the bargain she got when she outlaid NZD$4000 for two-race winner Original Gangster on gavelhouse.com.

The West Melton trainer bought the Road To Rock gelding through the online auction website, promptly leased him to a large group of stable clients then set about winning her purchase price back.

Original Gangster has done far more than that, banking more than NZD$155,000 in stakes in the 18 months since Prendergast bought him, nearly 40 times what she paid for him.

“He’s turned out to be a real bargain. It was just two days before Christmas and I guess everyone else had other things on their mind and I was able to snaffle him cheaply,” Prendergast said.

Original Gangster has gone on to win six races for Prendergast, including the Banks Peninsula Cup (1800m) and Founders Cup (2000m) at Riccarton already this preparation.

He warmed up for Saturday’s Greenwood Amberley Cup (1600m) with a smart 2.25 length win under 60kg in a 1600m open handicap on the Riccarton polytrack earlier this month.

“He was really good last time. He didn’t have much speed early. He dropped back which was a bit of a surprise but I was really thrilled with the way he finished off under that big weight,” Prendergast said.

“He just loves racing. Where we are at West Melton, we’ve got 24 acres and we put him out in the daytime and he just loves that. He freshens up really well after each run.

“We’re really happy with him going into this one. He’s hardly lost an ounce in condition. He’s just an evergreen and I can’t fault him. He’s like a good wine and just keeps improving with age.”

The combination of a big weight and a potentially sticky track has tempered Prendergast’s confidence heading into the race.

“We’ll just leave it in Kylie’s hands and see what happens. That track will be sticky with no more rain coming and the weight is a bit of a worry; it really is,” she said.

“He’s got a Winter Cup nomination so we’ll just see how he’s going over the next few weeks.”

Prendergast has three other runners at Riccarton on Saturday, with Ihu tackling the Smiths Hire Handicap (1200m), while last-start Waimate Cup (2200m) runner-up Miss Tavi and Red Rufus race on the undercard.

“Ihu has had two runs down the chute for me and he’s done everything wrong. Kylie knows him a bit better now so that helps,” Prendergast said.

“I was a bit reluctant to run him down the chute again but if he can clear the gates, he should be fine. Both times he’s either got back or missed the kick so he goes in last now and that has helped.

“Being a mudder we weren’t sure how he’d adapt to the all-weather track but he won really well on that last time. It’s a good field on Saturday but I’m really happy with him and if he can get to the front, he’s hard to get past.

“I’m really pleased with Miss Tavi. Another stride and she might have won the Waimate Cup last time and she doesn’t mind these type of conditions. And Red Rufus, he’s an unknown on this type of ground. He’s been running well on the all-weather but we’ll just see how he goes on Saturday.”