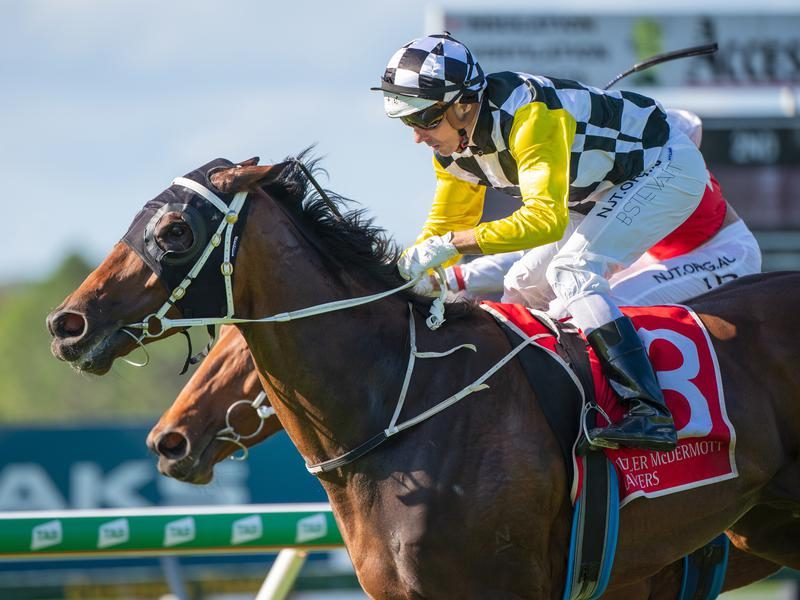 Promising Queensland stayer Ballistic Boy made his return at the Doomben trials on Tuesday morning as he heads towards some nice races in Australia’s southern states this Spring Carnival.

The now five-year-old son of Smart Missile won the Group 3 Rough Habit Plate (2200m) at Eagle Farm in June 2020 before winning both the Mooloolaba Cup and the Doomben Mile at the back end of last year.

Trainer Chris Anderson has given the gelding a lengthy spell after his disappointing effort in the Magic Millions Trophy (2400m) at the Gold Coast on January 16.

On Tuesday morning at Doomben, Ballistic Boy stepped out for the first time publicly since his run at the Gold Coast and won his 1000m trial ahead of Pizonie and Scottish Mist in a time of 58.93s.

Known for his get-back-and-run-on racing pattern, it was unusual to see the horse lead his trial, with his trainer saying “he was very willing”.

“He drew one, he probably trialled on the fresher side, but it is his first trial.

“He’ll come back in a fortnight, he’ll have a second and Brad Stewart back on, he knows him well obviously, he’s had really good success on the horse, so looking forward to the preparation ahead.”

Although Ballistic Boy was one of the stars of 2020’s Brisbane Winter Carnival, Anderson intentionally bypassed this year’s edition in favour of Spring Carnival racing in Sydney and Melbourne but plans on kicking off his campaign in Queensland.

“Yeah, we wanted to do that and bypass our winter,” he said.

“Ultimately what we’ll do is take him to Sydney but obviously COVID is going to determine what we can and can’t do.

“Maybe Melbourne becomes an option, but we’ll see what time brings and COVID delivers and we can certainly make a few plans closer to time.

“The aim is certainly to kick him off up here in Brisbane or give him at least two runs.

“We can aim for sort of those classic mile-and-a-quarter races in Sydney and Melbourne; there’s a number of them we can certainly go to.

“We’ll firm up those options closer to time, but really, really pleased with how he’s going.”

Ballistic Boy is a $101 chance in this year’s Caulfield Cup betting market.