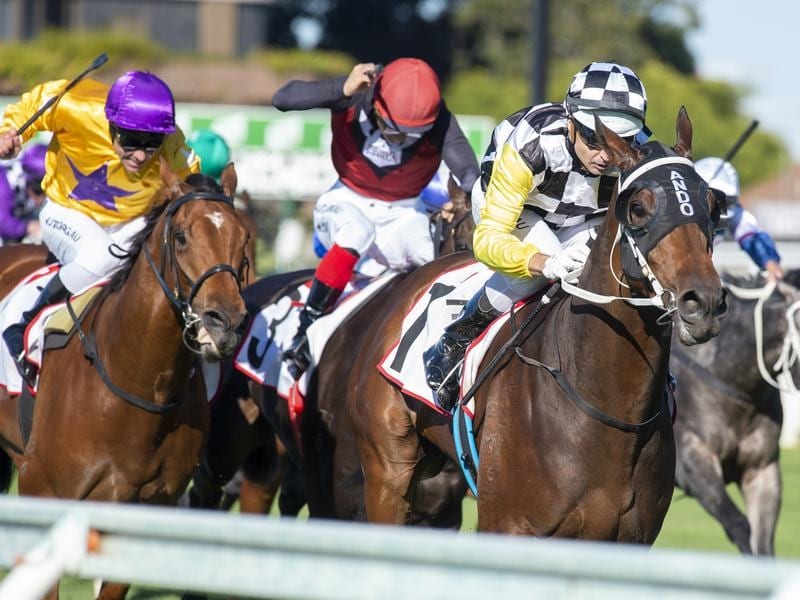 Trainer Chris Anderson believes he has laid a solid foundation for Ballistic Boy to handle the sharp rise in distance he will face in the Shoot Out Quality at Eagle Farm.

Ballistic Boy will be jumping from 1640 metres in the Doomben Mile which he won on December 11 to 2206 metres when he runs on Saturday.

The four-year-old also hasn’t raced for 22 days since his Doomben victory but Anderson is confident he can rise to the challenge.

“We’ve done enough work with him to go there on Saturday with a good level of confidence,” Anderson said.

“We know he runs the trip having won the Rough Habit Plate over that course and distance during the winter carnival.

“He’s getting out to his pet trip so I’d like to think he’ll be really hard to beat.”

The Shoot Out will be Ballistic Boy’s final hit-out before his main summer carnival goal, the Magic Millions Subzero (2400m) at the Gold Coast on January 16.

The gelding has been in dynamic form this campaign winning two of his three outings with Matt McGillivray aboard.

Ballistic Boy is a clear-cut $2.70 favourite with TAB fixed odds to win the Shoot Out, firming from $3 following strong support from punters.

The daughter of Spirit Of Boom has pleased Anderson with her progress since finishing a close second to Usmanov in the Bribie Handicap (1000m) at Eagle Farm on December 12.

“Boomtown Lass has been a model of consistency this time in and you’d like a stable full of horses like her because she’s an absolute little ripper,” he said.

“Every time she steps out you know she’s going to give you everything she’s got and I’d expect nothing different this Saturday.”

McGillivray also has been booked to ride Boomtown Lass after Mark Du Plessis elected to stick with the Michael Nolan-trained Kisukano.