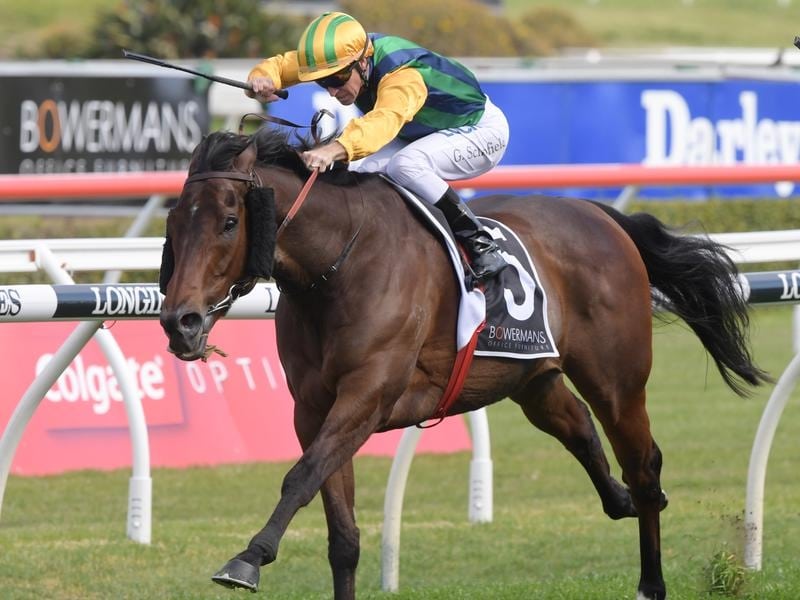 Joe Pride is only half joking when he says Ball Of Muscle should be considered for the last slot in The Everest.

After running second in The Shorts (1100m) for three years in a row, the eight-year-old has run his rivals off their feet to claim Saturday’s feature sprint at Randwick.

Admittedly he had a couple of things in his favour, the first the absence of last year’s Everest winner Redzel who was scratched on race morning with muscle soreness.

Glyn Schofield had Ball Of Muscle in his comfort zone and the eight-year-old maintained his momentum to hold off the fast-finishing Invincible Star by a half head.

“He’s racing in career-best form and he would give a great sight,” Pride said.

“I haven’t had any contact about The Everest but who knows.

“Some of these other horses may or may not have performed at Randwick but this horse is extremely consistent. He’s very fast and will give a sight.”

Ball Of Muscle, winner of the Group Three Heath at Caulfield two weeks ago, is a sibling to Group One winners Terravista and Tiger Tees.

“Terravista won a Group One race at eight,” Pride said.

“The family seem to get better as they get older but none of them were over-raced.”

Terravista also won The Shorts in 2014.

“Ball Of Muscle is a horse who makes his own luck,” Pride said.

“You could make the case for the filly to be unlucky but he puts himself in the spot. He’s a very fast horse and most effective at Randwick.”

Last year’s Everest third placegetter, Brave Smash ($4.40) found himself behind horses and ran on well to finish third, three-quarters of a length behind Invincible Star.

Another contender for the $13 million Everest on October 13, English finished fifth after being re-shod before the start.

Ball Of Muscle will next race in the Group One Moir Stakes (1000m) at Moonee Valley on September 28 when he will clash with Nature Strip who has secured the Australian Turf Club’s slot in The Everest.