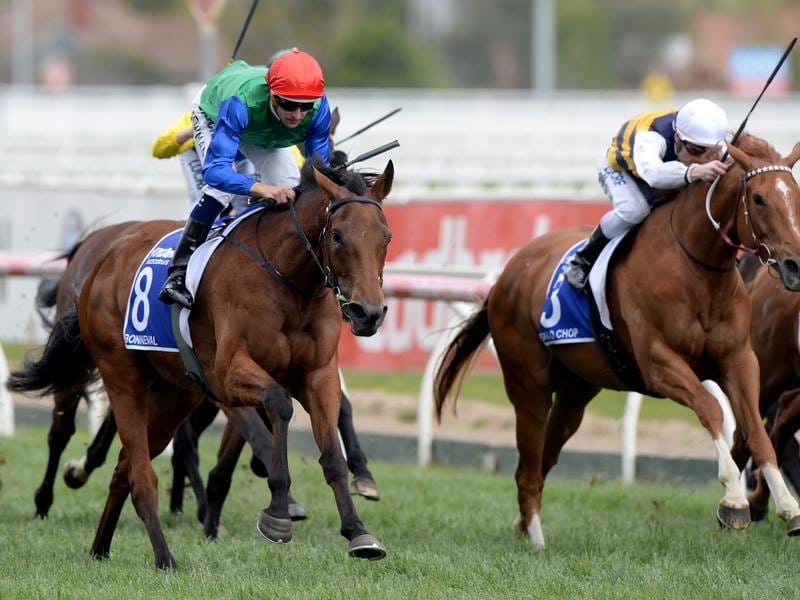 Bonneval’s defence of the Group One Underwood Stakes looms as a campaign-defining race for the dual New Zealand Horse of the Year.

The scenario is different 12 months on with Bonneval finishing down the track when ninth in the Dato on September 8, her first start since last year’s spring carnival.

Bonneval will be striving to give Baker his fifth Underwood win but the trainer at least wants to see an improved showing from the five-year-old on Sunday.

“I hope she’s improved but we’ll find out on Sunday,” Baker said.

“She was a little bit behind (going into the Dato) as I said at the time and we’re happy enough with her. But you would be wanting her to show something this Sunday.

“I did say she would probably need a run. She hadn’t run for ten-and-a-half months and she had missed a couple of trials due to cancellations.

“But it’s fair to say we thought she might have run on a bit.”

Baker, who will be back in Melbourne from New Zealand on Friday, said reports were Bonneval had picked up a lot heading into The Underwood.

“She’s had three weeks so she should have improved a bit,” he said.

Bonneval holds nominations for all the spring majors but her plans could hinge on her Underwood performance.

“We want to see an improvement in her. We’ll be happy to see her finish a lot closer,” Baker said.

“We’d be wanting her to show something to probably continue in her preparation.”

Bonneval was at $19 on Thursday in a field of 10 with last-start Makybe Diva Stakes winner Grunt $3 favourite.

Last year Bonneval became the first mare since Tristarc in 1985 to win the Underwood and if successful on Sunday she would become the first horse since Northerly (2000, 2001) to win the race twice.

The 2016 winner Black Heart Bart is also striving for his second Underwood, having finished fifth to Bonneval in his defence of the race in 2017.