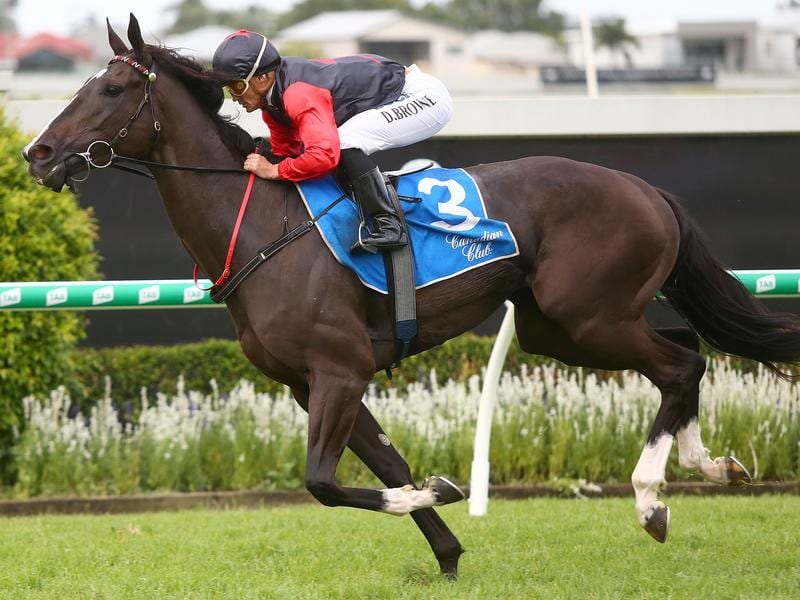 Awesome Pluck, who runs in Saturday’s Class Six Handicap (1000m) at Eagle Farm, is part of a small but strong team Graham has in Brisbane.

From her past six starters in Queensland, Graham has had three winners and two minor placings including Awesome Pluck who charged home to win over 1200m at Doomben last Saturday week.

“He is still learning but he will be some horse once he learns what it is all about,” Graham said.

Graham will also run Backhouse Billy in the TAB Handicap (2200m) and she hopes he can recover some of his better form which includes a win at Doomben earlier this year.

“He hasn’t been racing at his best but 2200 metres on a big track might help him,” she said.

Graham’s top sprinter Victorem will run in the Buffering Handicap at Doomben next week and it is hoped he can win a wild card to the Magic Millions Cup on January 12.